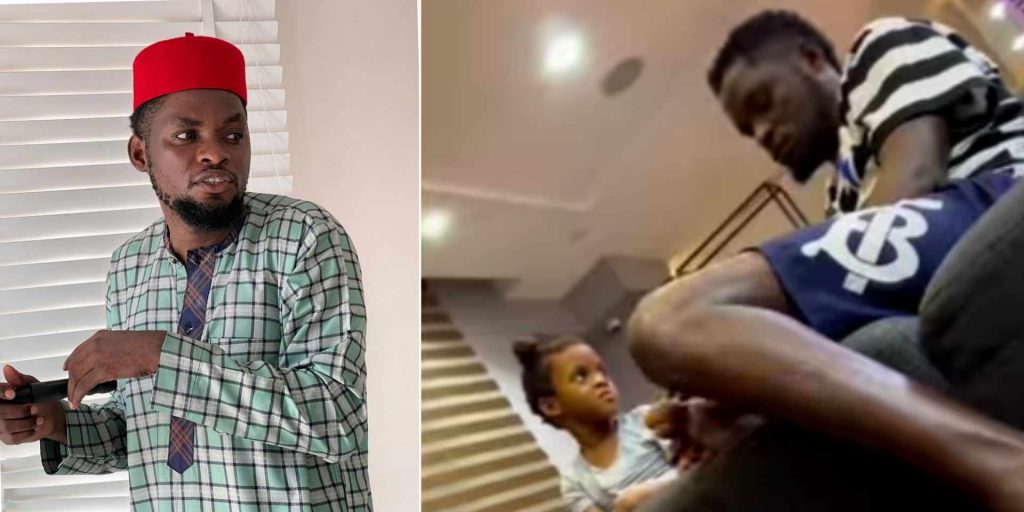 A video showing Nigerian comedian and skit maker, Mark Angel, giving a shocking response to his daughter who made a complaint about her gadget has spawned mixed reactions online.

The response, which believably conveyed the family’s little secret, came after the toddler complained that her gadget isn’t what she wanted.

In a swift response, Mark, who pleaded for her to keep the gadget, got everyone abuzz with laughter after he told the little girl that when he was dating her mum, she wasn’t what they wanted but they kept her.

“When I was dating your mum, you were not what we wanted but we kept you,” said Mark in a now-viral video.

Watch The Video Below (Swipe Left To Watch)