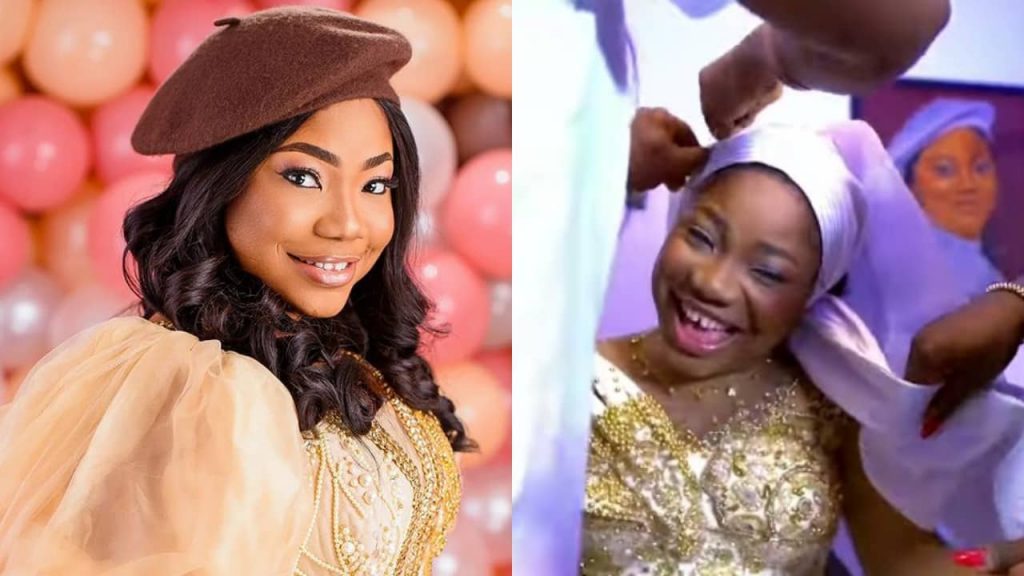 Popular Gospel singer, Mercy Chinwo has bemoaned not being allowed to wear her signature beret during her introduction ceremony.

Recall that the songstress is set to tie the conjugal knot with her fiancé, Blessed Uzochikwa after they announced their engagement a month ago.

In a new video which captures the moment prior to her introduction ceremony, the singer was seen begging her make up team to allow her wear her beret as it would be easier on her than the stress of putting on ‘Gele’.

She called out her husband to come to her rescue, telling people there to go call her husband and they should tell him that his sister is looking for him.