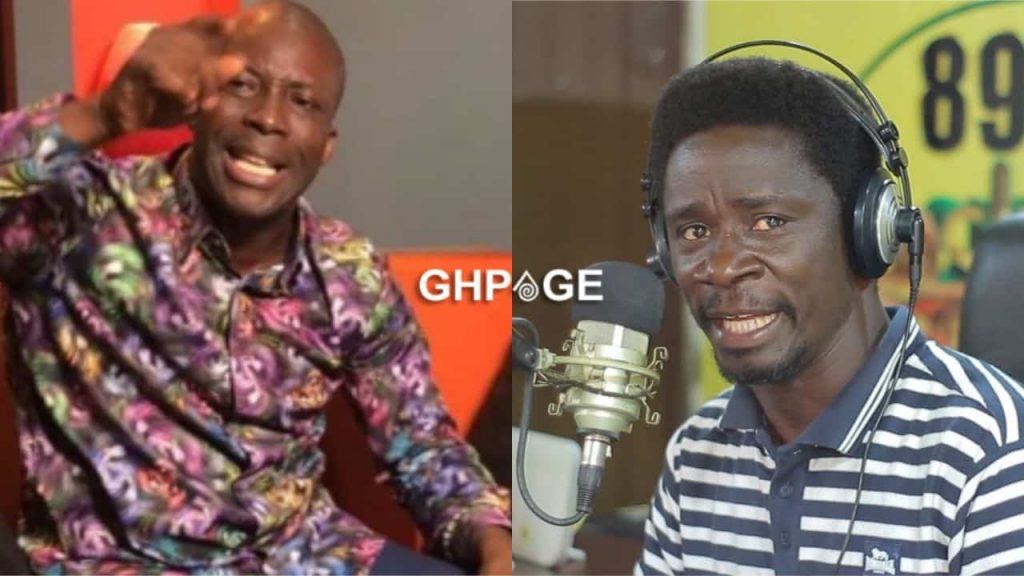 Evangelist Akwasi Awuah is currently being roasted on the internet for suggesting that church money shouldn’t be given to poor, needy and sick church members even if they are dying.

Speaking on a live radio broadcast, Evangelist Akwasi Awuah advised his colleague pastors to stop attending to their church members who are in dire financial need.

According to him, Ghanaians should understand that the money of the church doesn’t belong to the congregation but rather to the caretakers of the ministry.

This submission from Akwasi Awuah has given rise to a hot conversation piece on the internet most especially among many disappointed Christians.

It is the back of this controversy that has forced Prophet Kumchacha to give his two cents about the whole brouhaha.

According to Prophet Kumchacha, Akwasi Awuah has no empathy because he’s childless.

He angrily went ahead to fume that, Akwai Awuah is now portraying the same lifestyle he preached against before he became rich.

Now, the big question is, should the church help the less financially privileged even though the offertory and tithes come from them?