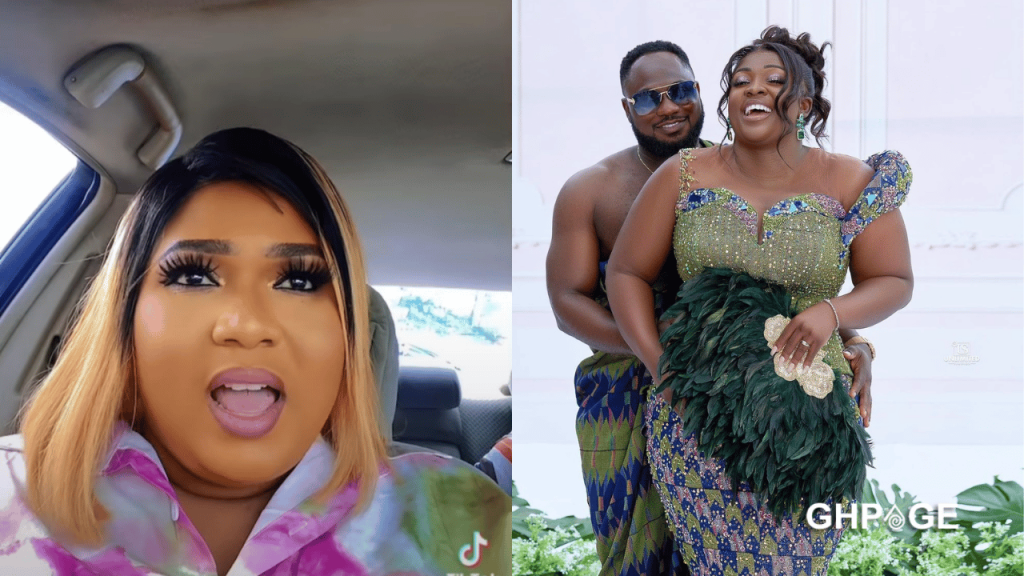 Actress and TV personality, Xandy Kamel has reacted to the trending reports that Tracey Boakye’s husband is a broke German “borga” who does makeup abroad to survive.

After Tracey Boakye’s wedding to Frank over the weekends, Nana Tornado snitched on Afia Schwar in one of his videos that the comedienne has been gossiping to people that Frank is a makeup artist in Germany.

Nana Tornado continued that Afia Schwar is an evil person who betrays the trust her friends have for her hence Tracey Boakye should disassociate herself from her before the obvious happens.

Afia Schwar replied to Nana Tornado’s accusations by sharing a self-made video to slam her former bestie because no one has the monopoly over vile slander.

It is at the back of these rumours that have forced Xandy Kamel to share her two cents in a new video.

According to Xandy Kamel, she finds it very amusing that some people dedicate their lives to poking their noses into affairs that don’t concern them.

She additionally quizzed them on how they come by such fake reports and later spread them on the internet just to defame their foes.

Before Tracey Boakye’s expensive and colourful traditional and white wedding ceremony followed by a lavish dinner which attracted several celebrities, Nana Tornado and Afia Schwar threw subtle shots at each other through shared posts and videos on their social media platforms.

The aftermath of the wedding has been nasty and disgusting because Afia Schwar and Nana Tornado have both refused to allow sleeping dogs to lie.

In a new self-made video from the camp of Nana Tornado that has caused a stir on the internet – He accused Afia Schwar of lying to people around her that Tracey Boakye’s husband is a broke make-up artist in Germany. READ MORE HERE