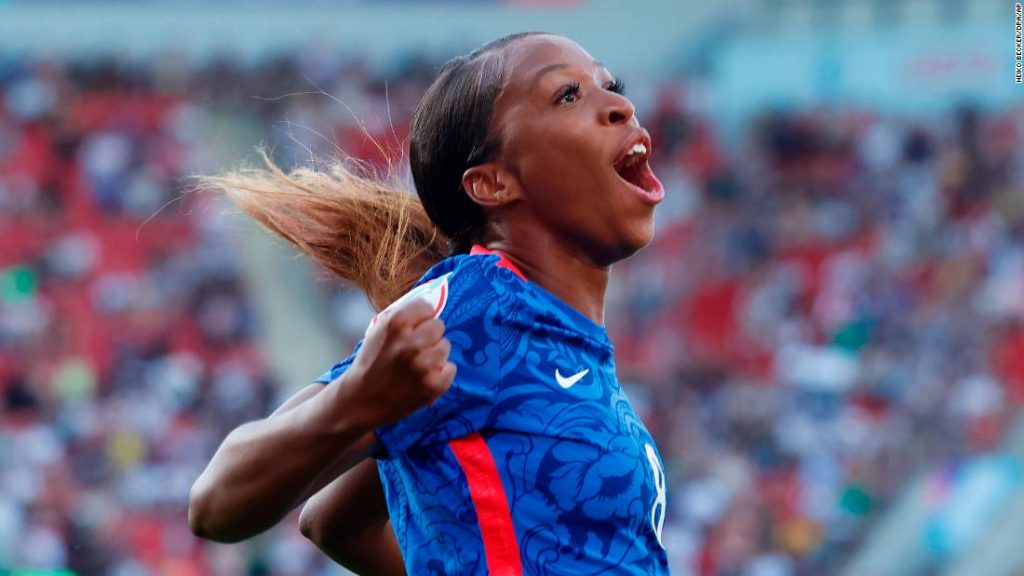 Geyoro opened the scoring after nine minutes, capitalizing on a mistake by the Italian defense to tap in a goal.

“We started the game well. We managed to get a lot of chances and put the chances in the back, so there is a lot of satisfaction,” Geyoro told UEFA.com after the match.

“Today, I was able to convert a lot of the chances I got. I was helped by my teammates with great crosses. I am satisfied with my performance, but it’s collective work.”

Barely a minute after a brilliant strike from Delphine Cascarino, Geyoro netted her second, finding herself in open space and outwitting the keeper.

She completed her hat-trick on the stroke of half time, latching onto a cross from Sandie Toletti.

During the second half, Le Azzurre rallied to stem the onslaught — limiting France to just one chance in the last 45 minutes — and began to create some chances of their own.

Substitute Martina Piemonte dragged one goal back to add a little gloss to the score line, after captain Sara Gama had a straight red card overturned by VAR.

“There are number of positives to emerge from this evening,” Italy’s head coach Milena Bertolini told UEFA.com.

“We’ll go again with the attitude we showed in the second half and it’s not so easy to do that when you go into the second half 5-0 down; it could have been a big debacle. But the girls did a good job of doing the simple things we discussed beforehand. It is a defeat that will teach us a great deal.”