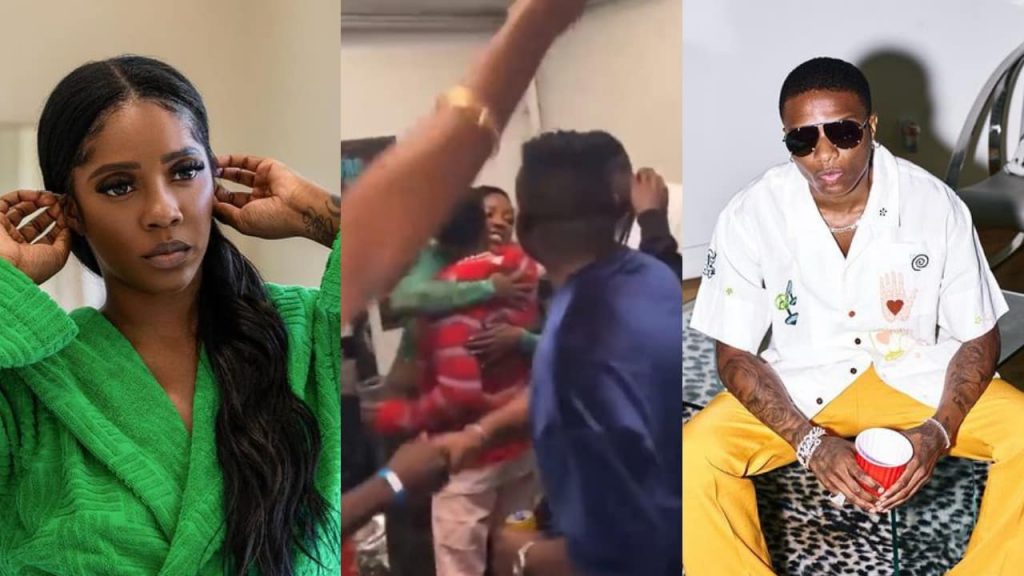 Legendary singers, Tiwa Savage and Wizkid have finally put an end to their two-year rumoured beef.

The two superstar musicians were spotted at a party after their performances at the Afrobeats festival in Berlin, Germany.

As could be seen in a video now making the rounds online, Wizkid walked up to Tiwa Savage during the after-party and gave her an affectionate hug, stirring cheers from spectators.

Fans have rejoiced as they commend both for finally burying their hatchets, urging them to do a music together.