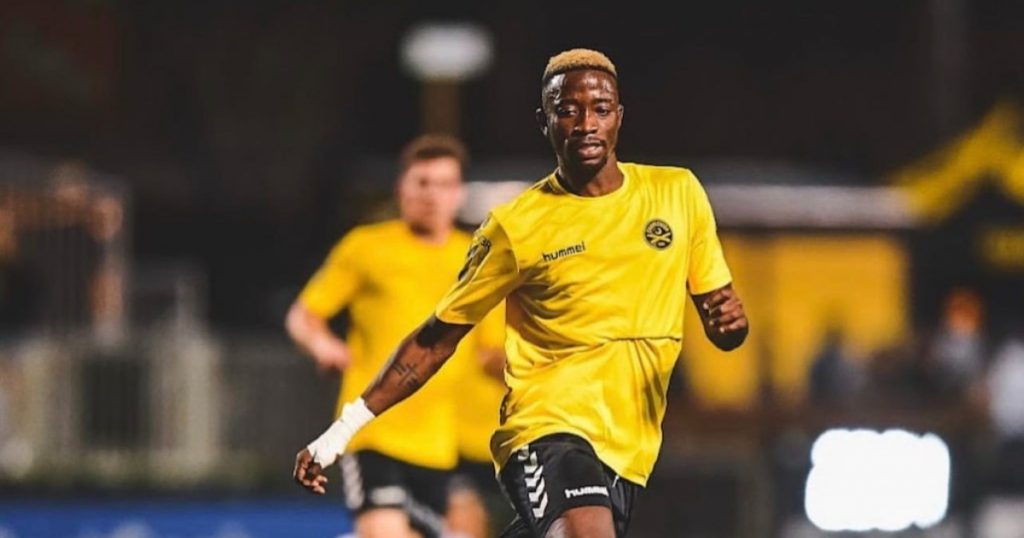 Sierra Leonean striker Augustine Williams took his tally to nine goals with a brace in USL Championship as Charleston Battery triumphed 3-1 over Hartford Athletic at Patriots Points on Saturday.

The brace was Williams’ second in the campaign and his ninth overall as he was named Man of the Match.

Williams had opened the scoring in the 13-minute, but the visitors drew parity via Prince Saydee nine-minute later. However, the home side restored their lead via Enock Kwakwa in the 25-minute.

In the 53rd minute, the 6’3 forward floated in the air to redirect a flying header off the right post past Oettl, increasing Charleston’s lead to 3-1.

The Battery remains undefeated at home all-time against Hartford. The win means Bathery ended their six-game winless skid in a commanding fashion in front of the home crowd at Patriots Point.

Despite – Charleston being reduced to 10 men when Matt Sheldon received a straight red card for a contentious foul call in the 81st minute, they managed to wrap up the victory.

Battery Head Coach Conor Casey applauded his side’s efforts. “It was a great performance after we started well. We were good with the ball,” said Coach Casey. We scored goals early, and I was pleased with the quality of the play, the way they closed out the game being down a man late.”