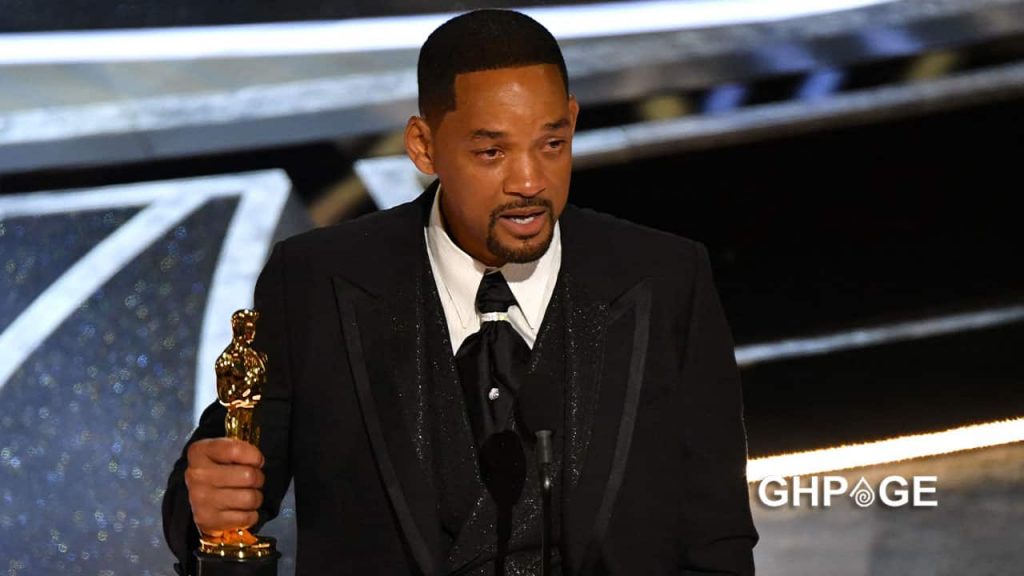 Will Smith has responded to the 10-year ban handed down to him over his slapping of comedian Chris Rock at the 2022 Oscars.

Smith walked up to the stage and slapped Rock across the face after the comic made a joke about his wife’s closely-shaved head, a result of the hair-loss condition alopecia.

In a statement, the Academy of Motion Picture Arts and Sciences, which organises the awards ceremony, said the 94th Oscars had been “overshadowed by the unacceptable and harmful behaviour” Mr Smith exhibited on stage”.

“The Board has decided, for a period of 10 years from April 8, 2022, Mr Smith shall not be permitted to attend any Academy events or programs, in person or virtually, including but not limited to the Academy Awards,” Academy President David Rubin and CEO Dawn Hudson said in a statement.

Responding to the disciplinary sanction, he briefly told Page Six on Friday that: “I accept and respect the Academy’s decision”

Smith, 53, however, gets to keep the award he won for Best Actor – the first Oscar of his acting career – for his role in “King Richard.”

Earlier on, Smith apologised for his actions and resigned from the Academy stating that he would accept any disciplinary action by the board.

“I betrayed the trust of the Academy. I deprived other nominees and winners of their opportunity to celebrate and be celebrated for their extraordinary work. I am heartbroken,” Smith said in a statement.