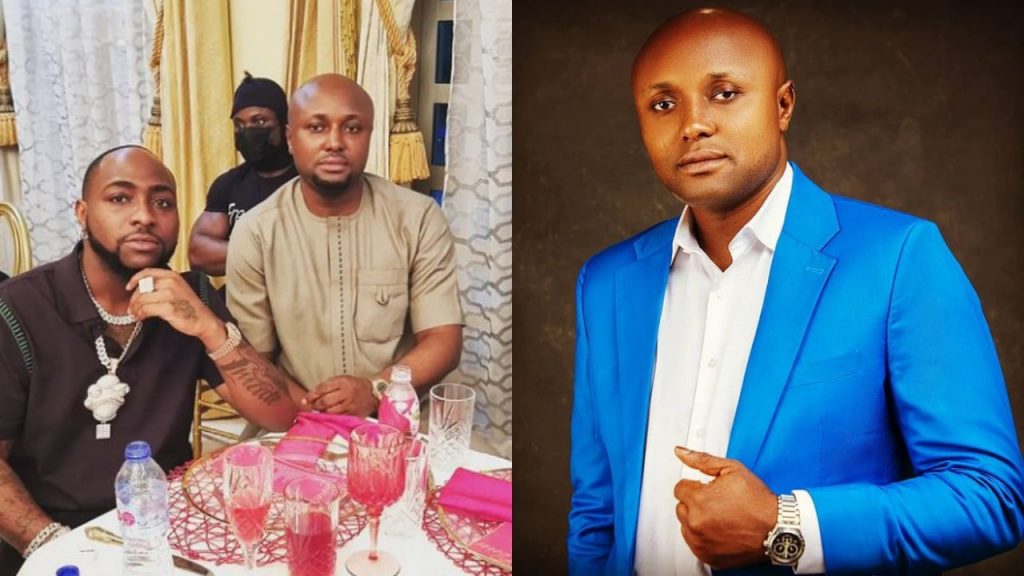 Israel Afeare, the logistics manager of popular musician Davido, has revealed that he would continue to serve the singer even in his next life.

At this point, it is common knowledge that Israel is extremely loyal to Davido and has shown his gratitude for all the singer has done for him on multiple occasions.

An excited Isreal took to his social media page to appreciate his boss as he revealed that the singer got him another two years UK visa.

Praising Davido, he stated that even when he returns in another life he would still want to serve him.

“If I come another life again, it is you I will serve,” he said. 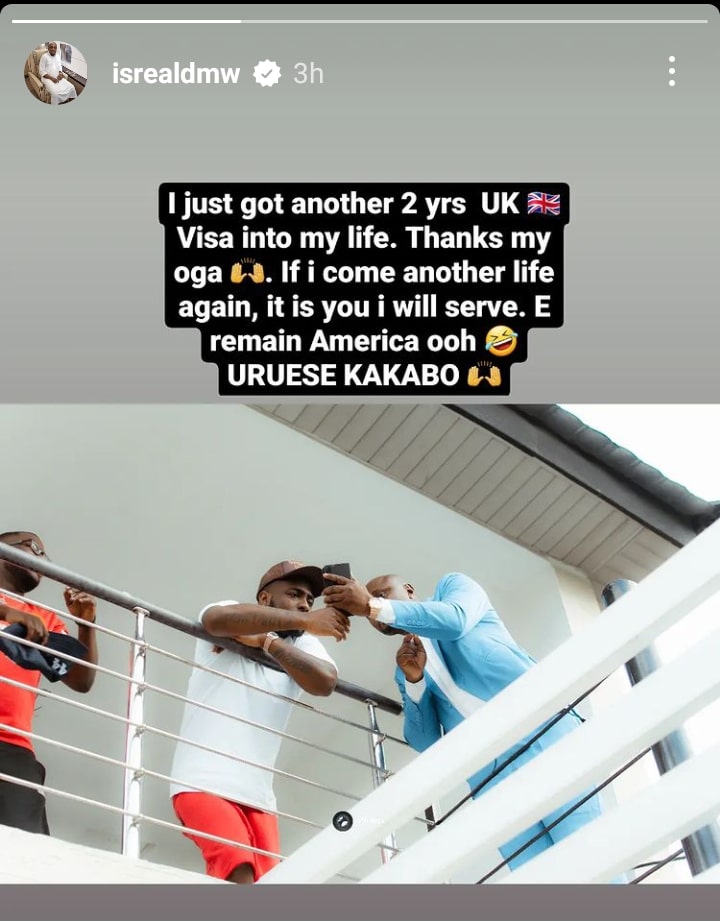