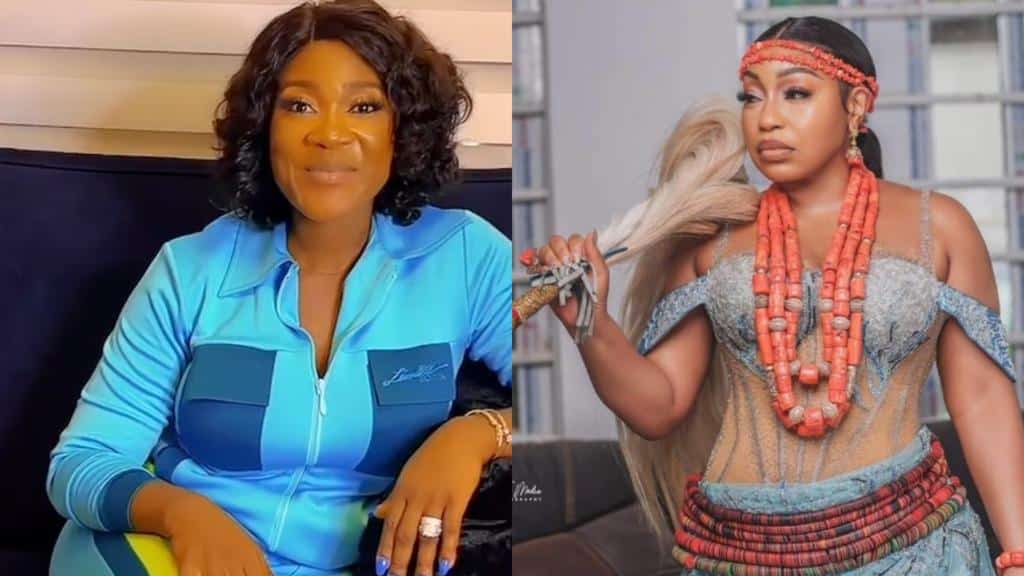 Mercy Johnson Okojie, a Nigerian actress, has finally disclosed why she did not attend Rita Dominic’s traditional wedding ceremony on April 19th.

Mercy Johnson and other celebrities who were not present at the wedding have come under a barrage of criticism.

Mercy Johnson, on the other hand, took to Instagram a few hours ago to share a post in which she congratulated her coworker on marrying her sweetheart Fidelis Anosike.

“The Queen herself, Congratulations Queen, The celebration never ends. I wish you so much happiness in this new journey….P/s we all clicked our glasses to you on set yesterday….Gods blessings always Mami”

While responding to the post, a fan enquired as to why she had been absent and why it had taken her so long to post on her page.

In response, the mother of four disclosed that she was on the set of a film.

“I have gone through your page several times to see if it not you again since yesterday because I know you as one who is always genuinely happy with everyone, I was wondering since you didn’t go to Owerri, what happened to posting?”

“Lol, I was on set, my heart is always with team happy…thank you loads”