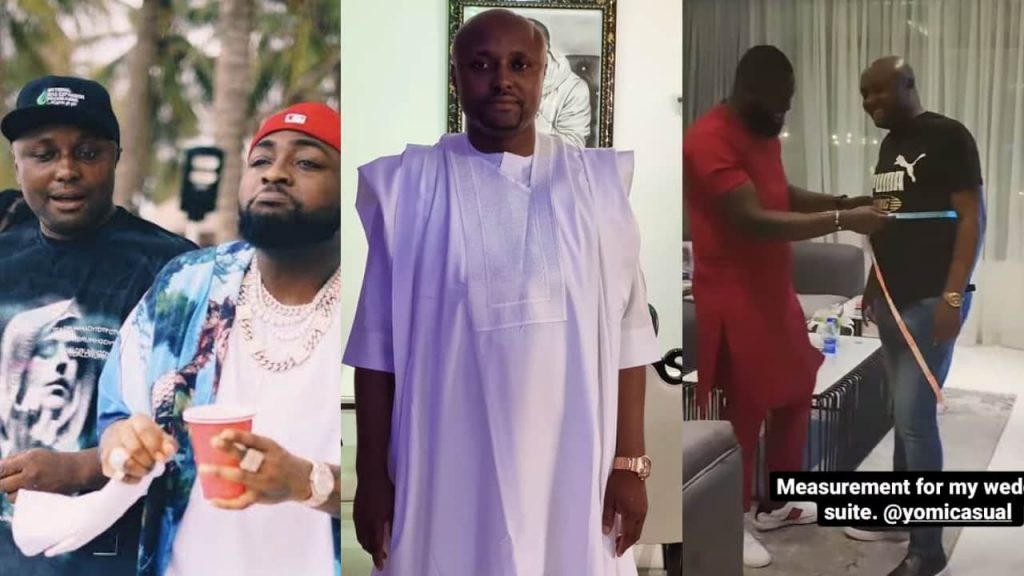 Isreal Afeare, Davido’s Personal Logistics Manager, has cried out after he was told the cost of his wedding suit.

Recall that Israel alighted the single train some some months ago after he proposed to his girlfriend.

In preparation for the wedding, he had contacted the celebrity designer, Yomi Casual for his wedding suit.

Israel let out a shout of disbelief as he asked the tailor where he expects him to get such amount of money.