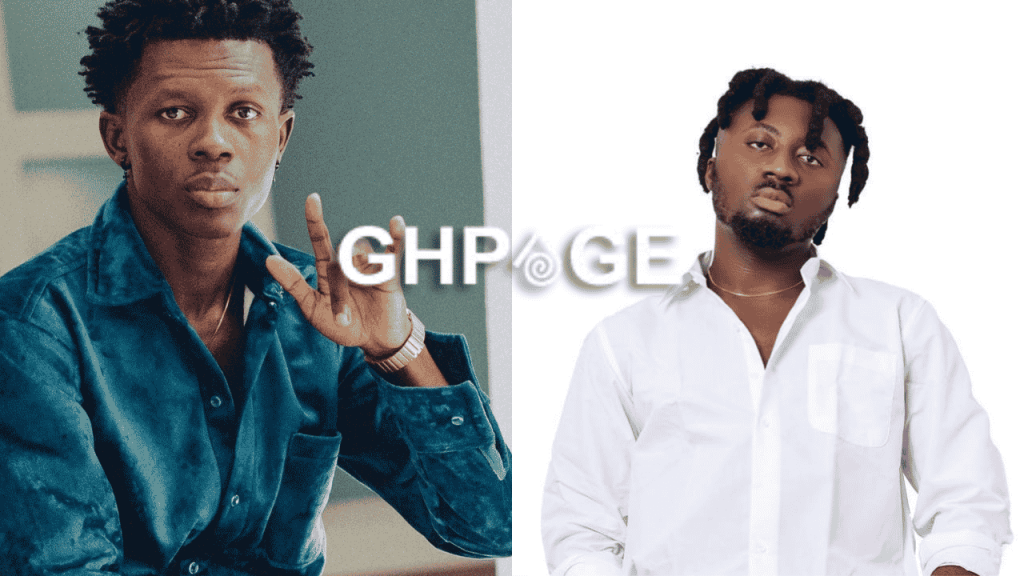 Rapper Amerado has finally replied to colleague rapper Strongman’s “My baby mama has threatened to divorce me if I reply Amerado” comments he passed during an interview on Pure FM in Kumasi weeks ago.

The two rappers in recent times have been on each other’s case. Each one claims supremacy over the King of Rap title in the Ghana Rap Game. As a result, they drop songs to challenge their rap prowess.

Not long ago rapper Strongman addressed Amerado’s consistent rap attack on him during an interview with MC Portfolio on ABN’s Radio One. Strongman said Amerado is an underground rapper.

He went on to say that he has paid his dues in the music industry because he has been actively rapping for a decade now so the likes of Amerado will obviously take swipes at him when they get the opportunity.

Deep into the interview Strongman revealed that his wife has threatened to divorce him if he dares reply to Amerado’s shots at him. He additionally boasted that Amerado is still not up to his standard therefore he doesn’t deserve a reply from him.

Well, Amerado has replied to Strongman. Speaking in an interview with Poleeno, Amerado said he sees no logic in what Strongman said adding that even his (Strongman’s) baby mama is aware that he’s bigger than him.

Amerado also quizzed that since 2013, what level has Strongman reached with music that he hasn’t? adding that in the rap game is not always about who came first but how smart you are to take over since it’s a ‘marathon’.