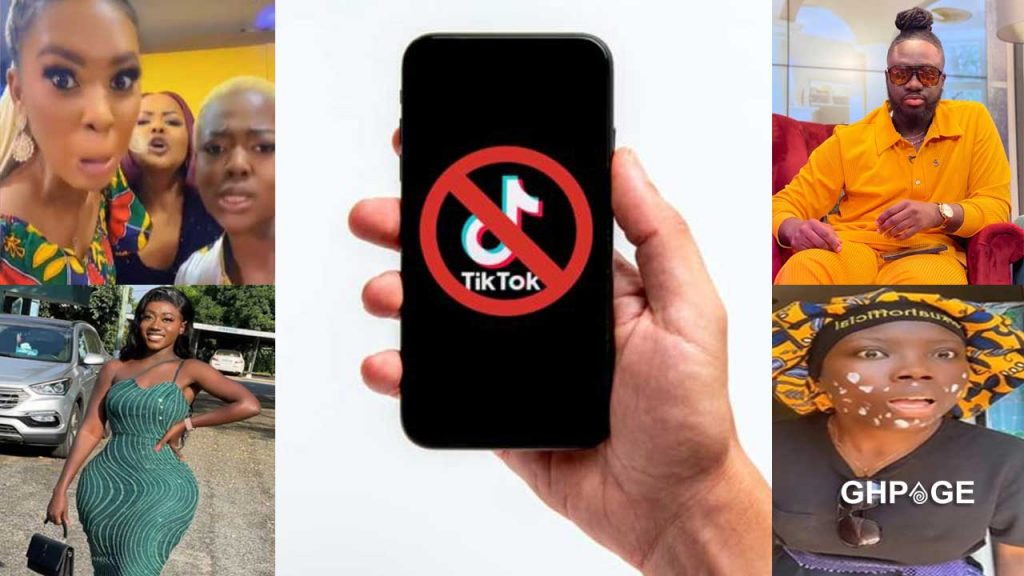 Social media is buzzing with reactions following news of the pending removal of TikTok from Android and Apple devices.

The most popular video-sharing app with over 1 billion active users spread across 154 countries might be no more should all agendas go through.

According to a news item by CNN, on security concerns, FCC Commissioner Brendan Carr urged Google and Apple to remove TikTok from their app stores.

On June 28, FCC Commissioner Brendan Carr wrote to Apple and Google CEOs Tim Cook and Sundar Pichai, requesting that TikTok be removed from their app stores.

This request is in response to an “alarming new report” from BuzzFeed claiming that the app “collects vast troves of sensitive data about US users,” which was then accessed by officials in Beijing. Continue Reading.

This new development has caused an uproar on social media and netizens have called out the names of some of the popular Ghanaian TikTok stars over the pending removal of the app.

Netizens have asked about what becomes of Asantewaa, Jackline Mensah, Wesely Kesse, Hajia Bintu, and the likes who have gained prominence through the app should it be taken down.

It is a fact that the TikTok app has given a host of characters in Ghana relevance. Without the emergence of TikTok, these people would not have been known.

Commentaries gathered under the TikTok removal article saw some users teasing persons (GH Tiktokers) who have seemingly ‘grown horns’ after becoming famous while using the app.

Some of the comments point to the fact that the ‘career’ of these stars might end which will render them ‘useless’ on social media for the time being until they find other means to acquire fame.

Read a few of the comments/reactions below;