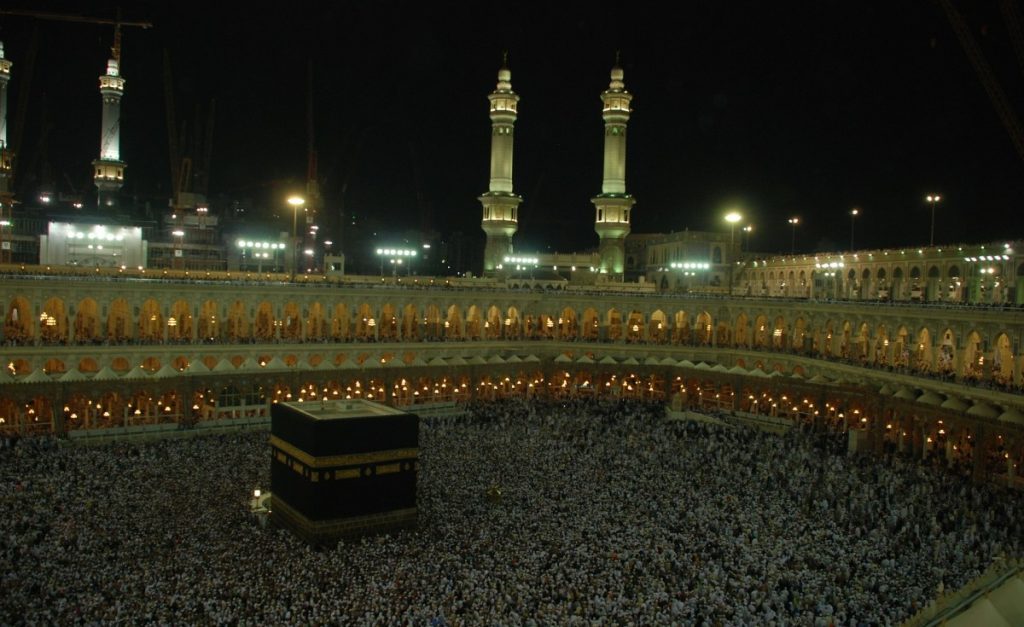 Every able-bodied Muslim is expected to complete the Hajj pilgrimage to the holy city of Mecca in Saudi Arabia at least once in their lifetime.

Because of COVID-19, Saudi Arabia barred international pilgrims from travelling to Mecca in 2020 and 2021.

This year, the kingdom has capped international visitor numbers for the five-day Hajj to 850,000 pilgrims. This is significantly less than the nearly 1.9 million overseas pilgrims who attended in 2019 before the pandemic.

Saudi Arabia has also introduced new rules: only those under 65, who have never undertaken the Hajj before, are vaccinated against COVID-19, and who don’t have a chronic disease, are allowed to come.

While a much criticized lottery system for Muslims from Western countries introduced this year doesn’t apply to Africa, the new rules have added to the difficulties faced by African Muslims eager to fulfill the rites associated with the Hajj.

Ivorian Siriki Bamba was grateful to be among those able to travel this year. But she regretted that her mother and aunt had to stay at home because of the change in regulations.

“I was set to go with my mother but she is 78 years old. My aunt is 63 years old but unfortunately, she has hypertension,” she told DW. “They couldn’t go. It was sad.”

An even bigger obstacle has been the the surge in prices to attend the Hajj.

In many West African nations, the cost of attendance is set by by national Hajj agencies, which aim to keep prices down so that Muslims in their country can afford to make the pilgrimage.

But the current global rise in jet fuel prices has led to a surge in plane fares. On top of this, many West African nations have seen their currencies fall dramatically against the US dollar, making this year’s Hajj substantially more expensive than in previous years.

In Nigeria and Senegal, for example, the cost of the Hajj trip rose by some 60%, while it rose by 100% in Ghana.

In Cameroon, however, the price of the Hajj pilgrimage ended up rising only by 16% compared to 2019. The government decided to give a large government subsidy to the National Hajj Commission following the uproar that ensued when the initial price was announced.

Quotas slashed because of COVID

Because of reduced visitor numbers this year, Muslim nations around the world have seen their quotas cut to 45% of 2019 levels.

The Executive Secretary of the Kano State Pilgrims Welfare Board, Muhammad Abba Danbatta told Nigerian media that he thought this was reasonable considering only 47,000 Nigerian pilgrims ended up travelling to Mecca two years ago even though more were eligible to go.

The new regulations have compounded the usual difficulties in organizing the trip to Mecca and this has angered many pilgrims.

A spat between Kano’s administration and the central government in Abuja over which airlines would be licensed to fly the pilgrims to Saudi Arabia left over 1,200 people, including Kano state officials, stranded at the Hajj camp near the airport.

“There was information yesterday that three aircraft would be sent to Kano to rescue those stranded pilgrims, who spent over 60 hours in Hajj camp waiting to be airlifted,” Mustapha Adamu, a Kano-based journalist, told DW.

The virtue of patience

According to Nigerian media, about 8,000 pilgrims are stranded throughout the country. On Wednesday, Saudi Arabia extended the arrival deadline for Nigerian pilgrims for a second time, now allowing arrivals until midnight, July 7.

The same happened in Niger, which this year is allowed to send around 7,200 pilgrims. However 1,800 were left stranded when promised transportation to Medina in Saudi Arabia failed to materialize.

Journalist Adamu said that while some Nigerian pilgrims will probably ask for their money back, he believes most will just wait for another turn next year.

“As Muslims, we believe that any travelling involves hardship and some consequences, especially in this holy exercise. So they should be patient,” he said. “It is part of the challenge.”

But the patience of Nigerian Asma’u Ahmad has run out. She had been preparing to undertake the Hajj for the past two years.

She made the 2.5 million naira (€5,900, $6,000) deposit as required to pay for her pilgrimage place, she said, but then never heard back from authorities.

“We were told that we would be called,” she said. But now time has run out. “No bag, no uniform, the rest of the [COVID-19] screening wasn’t done for us,” she told DW, implying that she had been the victim of a scam.

For journalist Adamu, the biggest challenge for Africans is not a lack of organization or information but poverty.

“Some sell their properties just to go to Hajj even once in a lifetime,” he explained. “And the prices are going up every year while the economic situation is deteriorating.”

Aware of the importance of the pilgrimage for Muslims, last year the National Hajj Commission of Nigeria introduced a financing scheme to enable low-income earners to save money for the Hajj.

Julien Adaye and Nasiru Salisu Zango contributed to this article.