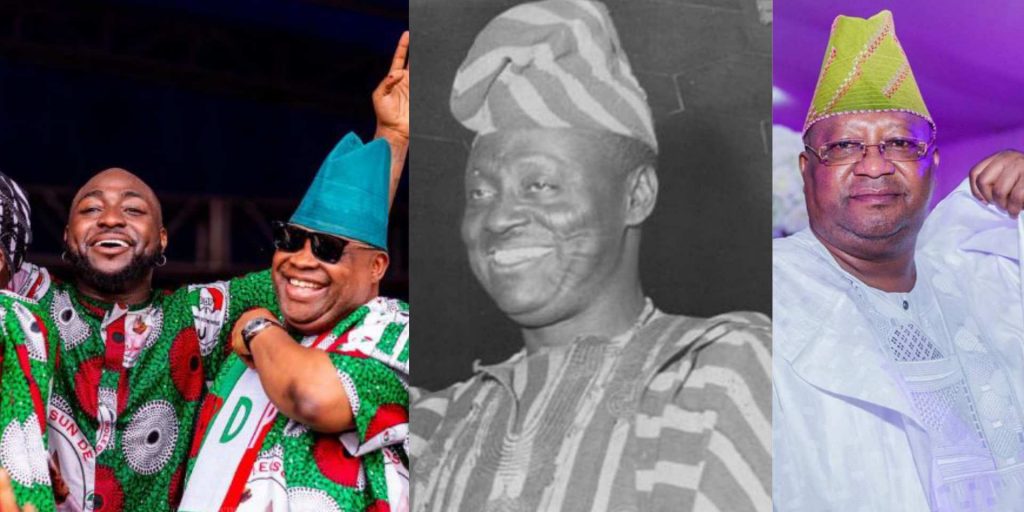 The outcome of Saturday’s governorship election in Osun State added to a record held by the family of the Adelekes in Nigerian politics.

Following Senator Ademola Adeleke’s victory in the poll, the Adelekes become the first family to produce three senators and two governors in Osun State and in Nigeria as a whole.

Fact checking, it’s on record that Senator Chief Raji Ayoola Adeleke, Davido’s grandfather, was a Nigerian politician and a senator in the second republic who represented Osun State Senatorial District 11.

One of Davido’s uncles, late Isiaka Adetunji Adeleke, was a two time Nigerian senator who represented Osun State from 2007 to 2011. He was also the governor of the state.

Finally, the Osun State governor-elect, Ademola Adeleke, a senator that represented the Osun-west senatorial district prior to now.

@Richard wrote: “This is amazing. This family is distinguished.”