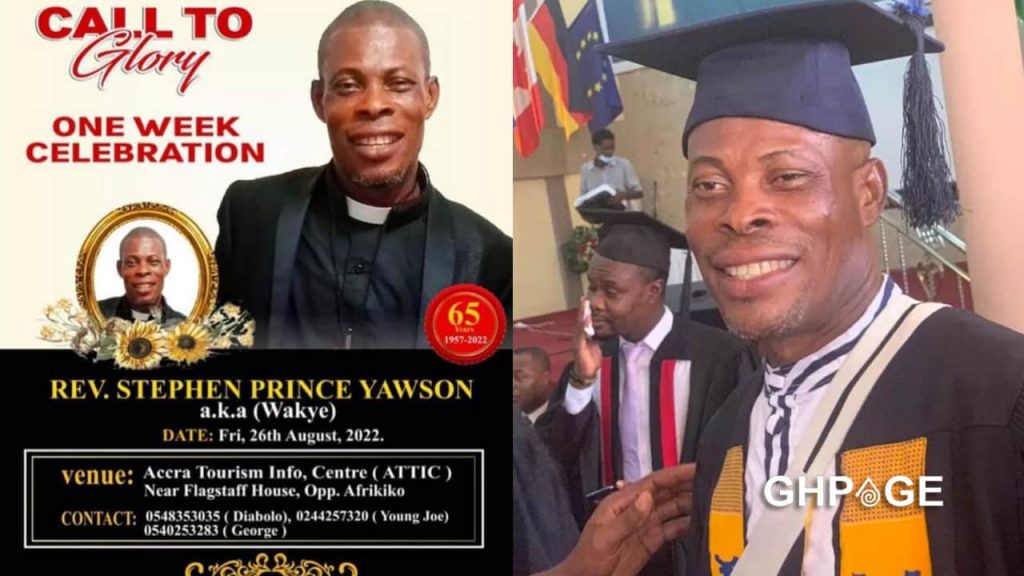 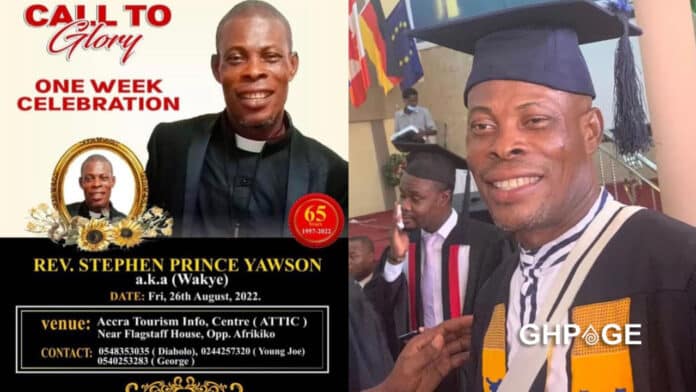 The one-week ceremony for late veteran actor Prince Yawson, popularly known as Waakye, will come off on Friday, August 26, the family has announced.

The actor, 65, died on August 2 after he suffered a mild stroke with stroke and was rushed to the hospital.

The one-week commemoration will happen at the Accra Tourism Information Centre near the Jubilee House, Accra.

It is expected to be attended by major names in the Ghanaian movie industry and other showbiz stakeholders.

“The family has other funerals to take care of, which is why they chose 26th August,” Bob Smith Jnr (Diabolo) reportedly told Accra-based TV XYZ.

Waakye reportedly died between 1:00 pm and 2:00 pm Tuesday afternoon after being rushed to the 37 Military Hospital in Accra the previous night.

This was after he was reportedly turned away by the Korle Bu Teaching Hospital and the Greater Accra Regional Hospital (Ridge Hospital) due to lack of beds in the two major health facilities in the capital.

Actress Grace Omabo aka Maame Dokonu revealed in an interview that “at the 37 Military Hospital, they also had no hospital beds so he was attended to on a stretcher. Before they got back with equipment to attend to him, he gave up the ghost“.