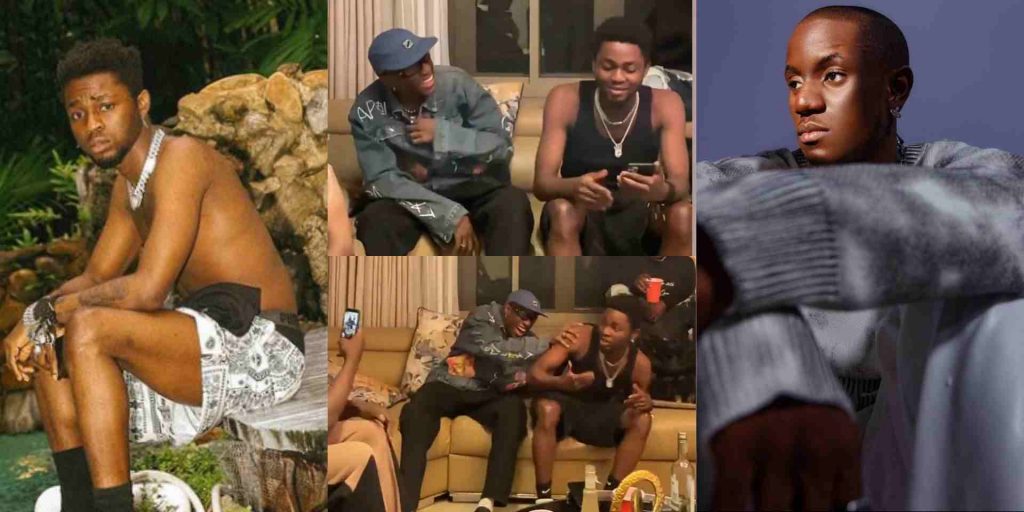 Social media users have reacted to a recent and cool video of singers, Omah Lay and Victony days after they clashed on the micro-blogging platform, Twitter.

Recall that Omah Lay while expressing displeasure over Ruger’s comment about BNXN recalled how Victony laughed over his tweet some time ago.

Omah Lay went on to describe Victony and Ruger as kids.

In response to the tweet, Victony laughed over it again and sarcastically urged people to help Omah Lay’s recently released album get to No.1 on the music chart.

However, despite their initial face-off, a video of Omah Lay and Victony getting along and having a good time with other individuals has surfaced.

sexytonia26 wrote:
“Believe anything on internet at your own peril 😂”