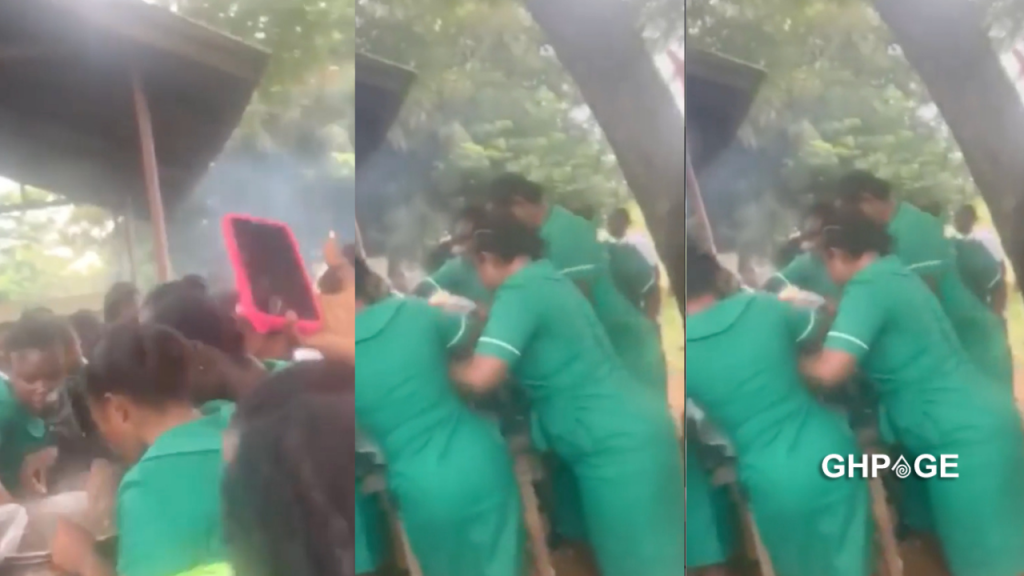 A video showing how a group of nursing students fought over food has recently taken many Ghanaians by surprise after it surfaced online.

The post sighted by our outfit had the ladies trying to get food from a large cooking pot.

They kept pushing each other to access the food before it ran out. They seemed very unbothered about being captured.

According to a majority of Ghanaians who have come across this video, most of the students in our various nursing institutions are very hungry because they haven’t received their allowance for some months now.

Below are some of the hilarious and popular comments gathered under the video;

Myster-C-Ride – After this, they’ll come and throw guys bill and if they’re not able to provide, they tag them stingy. My question is: Are their fathers aware they fight over food like this in school?

Ernest Achieno – I now understand why when you date them, it’s all about buying them fried rice at night. 3k)m paa nie

Koffi Coffie – These hungry ladies were singing’ Nana Addo is Born to succeed o, )ye winner ; instead of thinking through the issues and voting wisely

Arthur Sekyi Gideon – Some people #dema_future_wives, the you’re not my type geng, the who gave you my number squad, the I don’t give my number to strangers crew, the I can’t date a broke guy class and finally, the #ministers of Heartbreaks and heart attacks association. The whole brotherhood say congratulations to you!