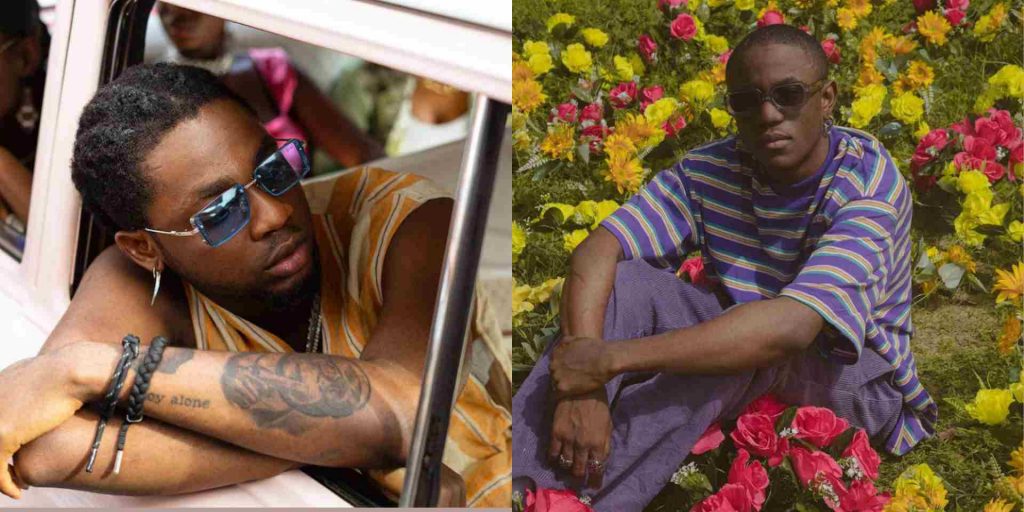 What appeared to be a face-off between the two singers, Ruger and BNXN is gradually incorporating other artistes such as Omah Lay and Victony.

Recall that Ruger while replying to a troll who claimed that BNXN was better than him rolled out reasons to prove that he’s a greater artiste than BNXN.

BNXN on his part has also reacted to the unpalatable statement via his Snapchat handle.

Omah Lay who weighed into the saga rebuked Ruger for making such an assertion and then went on to recall how Victony also laughed over his tweet some time ago. Omah Lay however concluded by referring to Ruger and Victony as kids who would do anything for clout.

“Ruger get mind dey talk about bnxn like that for this app smh!! mofos do anything for clout out here, same way Victony lol my tweet the other time, y’all are really kids 😂”

Reacting to the tweet, Victony replied with ‘Lol’ again and called on the public to help get Omah Lay’s recently released album to number 1.