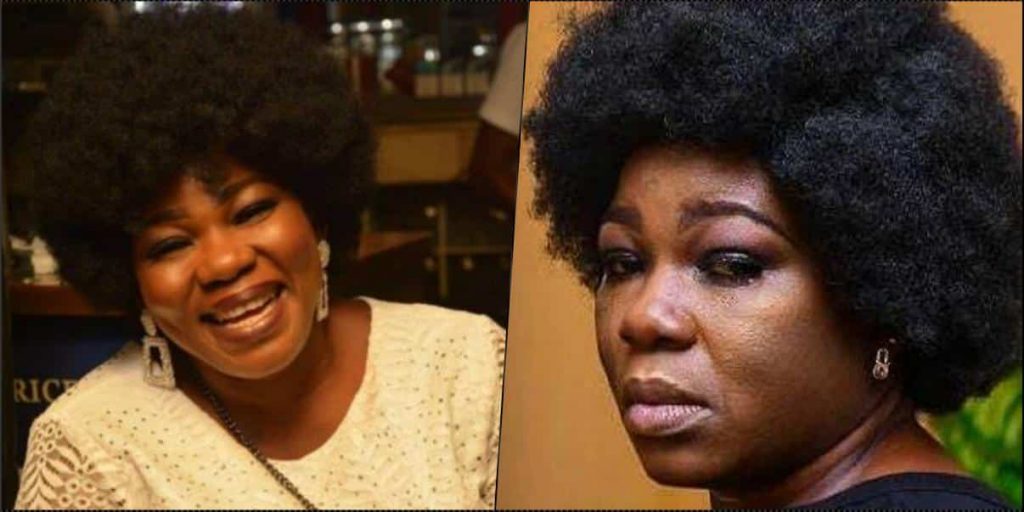 Popular Nollywood actress, Ada Ameh is dead after collapsing at an oil company toyshop where she celebrated with friends.

This comes barely a month after the actress spoke about a mental health challenge that she claimed was ‘taking her life.’ According to reports, Ada Ameh was rushed to the Nigerian National Petroleum Corporation’s hospital on the 17th of July where she was pronounced dead on arrival.

The report of her passing has been confirmed by fellow entertainers in the likes of OAP Do2dtun who wrote on Twitter;

“Ada Ameh’s death is so painful. One of My fav on The Johnsons especially when she says “a lucky lo lo” “Apor” .. she just lost a child and her now.. May God put us through our tough times. This one is very painful 😖”