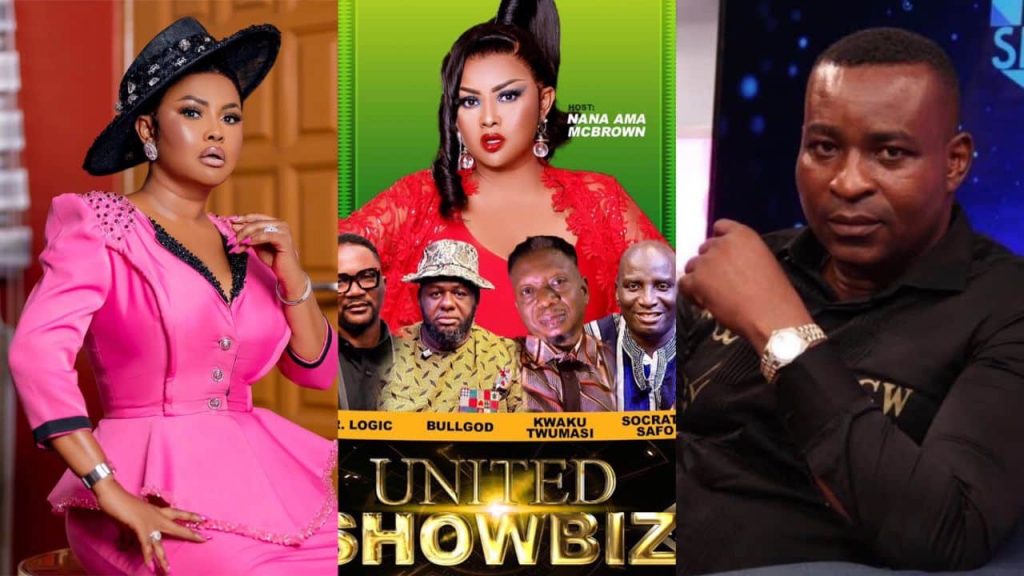 There has been a mad clamour for the immediate sack of vivacious actress and host Nana Ama McBrown by some fans and netizens.

According to these fans or Ghanaians, Nana Ama Mcbrown is not fit to host the United Showbiz on UTV following last week’s poor hosting.

They maintain after UTV announced that Nana Ama will host the next show that she must be sacked to serve as a deterrent to future hosts who would supervise gross disrespect on national television.

Although Nana Ama played no significant role in Afia Schwar’s tantrums which she threw at Chairman Wontumi, many believe she failed at her job and should be sacked.

In the comment section of a flyer that has been shared announcing and maintaining Nana Ama as host of the United Showbiz even after she together with the station and several others have been sued, many believe she should be sacked for her unprofessionalism in accommodating Afia Schwar to drag the hard-earned reputation of a revered politician into the mud.

@kingburner wrote: ANOTHER gyimii Again…I used to respect Nana Ama McBrown until her last show. This woman is very stupid and a hypocrite. Chairman Wontumi should discipline you guys paa

@rabiatudood wrote: this show is going down the drain.

@leah_edwins wrote: this show has lost its credibility and relevance, the producers must take a well deserving break and restrategize and bounce back better and devoid of controversies

@agyeiwaa_ wrote: you people cannot remove some people from the show long

@pegyee74 wrote: it’s like when your 78 years is dead and her heir is your grandma. It’s just another way to say that we should prepare for another funeral soon. No prominent changes. Where are the old musicians and actors/actresses?

They have called for the likes of Kwame A Plus, Mr Logic and Bulldog to be taken off the show in order to restore the station’s credibility.

Some also do speculate that the upcoming show could be Nana Ama McBrown’s last show as she might use the opportunity to render an apology to Chairman Wontumi and bounce out.

What about Afia Schwar? Many are of the view that she should be indefinitely barred from appearing on UTV and any other media platforms because she is a trouble causer.

Among other things, the loudmouthed actress said she dated Chairman Wountumi for over 16 months and regretted stooping so low for him to sleep with her.

She also added that she has sued Maurice Amapaw, Wountumi TV et al for damaging her reputation.

Nana Ama Mcbrown and UTV have reportedly rendered an unqualified apology to Chairman Wontumi for their indiscretion.

Subsequently, Chairman Wountumi has sued UTV, host Nana Ama McBrown and her panellists for allowing Afia Schwar to use their platform to disrespect him.

This happened right after Nana Ama McBorwn had returned from her long break.

Find out more from the video below…

Read more on the brouhaha HERE.