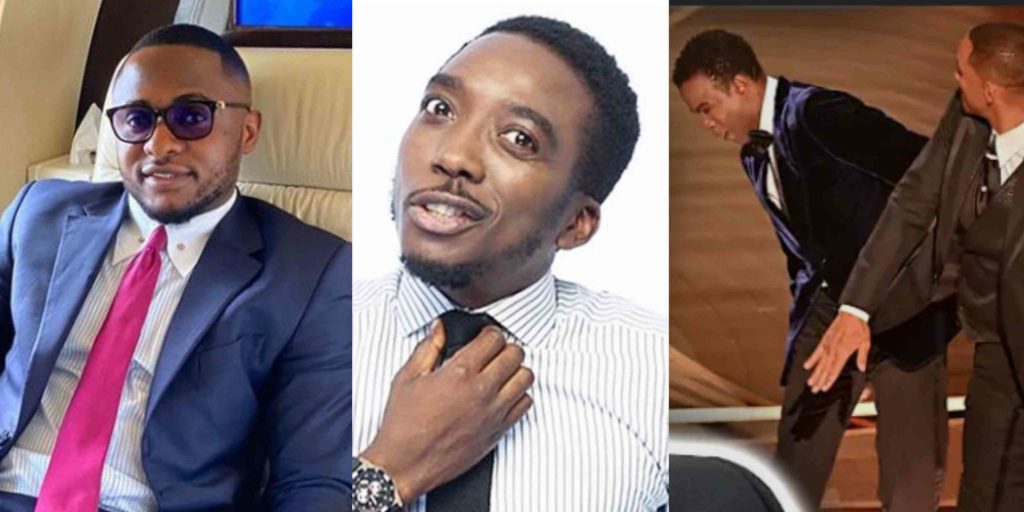 Music entrepreneur, Ubi Franklin, has called out popular comedian Bovi, for making a joke about his kids while hosting the Headies in 2021. 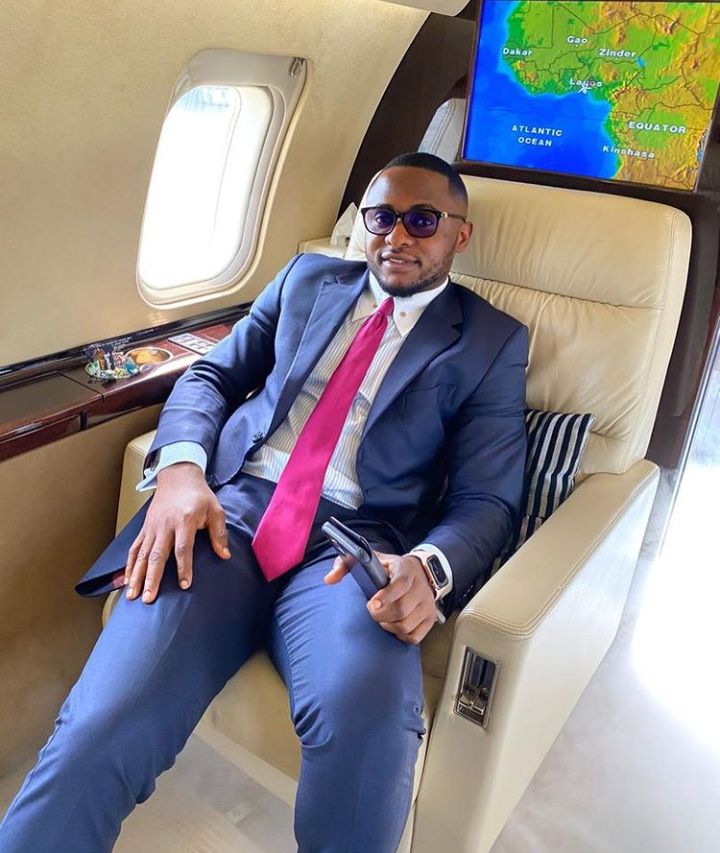 Franklin’s move is coming after American actor, Will Smith slapped comedian Chris Rock for making a joke about his wife at the Oscars.

On Instagram, Ubi noted that henceforth, anyone who mocks him and his kids will get a similar treatment. 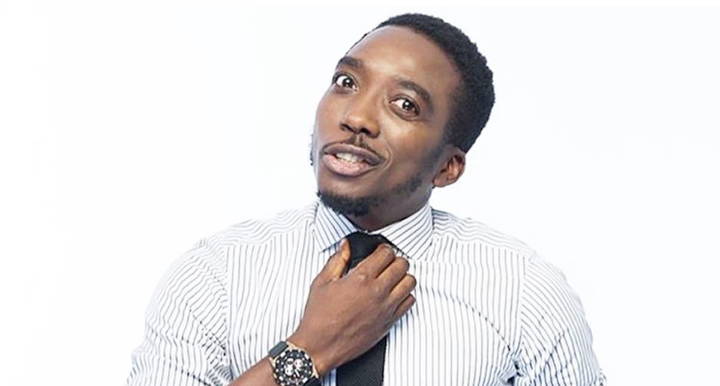 According to him, comedy should not be used as a decoy to disrespect people on National TV.

In his words: “This is the way now, you yab me we get on it straight. Or you yab me and I yab you with receipts of the things the world don’t know right on my page here and we will go anywhere you want from there. Comedy should not be used as a decoy to disrespect people on National TV.

“BOVI, you did this at last year’s Headies and I sent your friends and close alleys to warn you, Do not try it again. I am struggling with stuff and trying to put myself together and you go on live TV to talk about my kids? BOVI? Until next time. Thank you.” 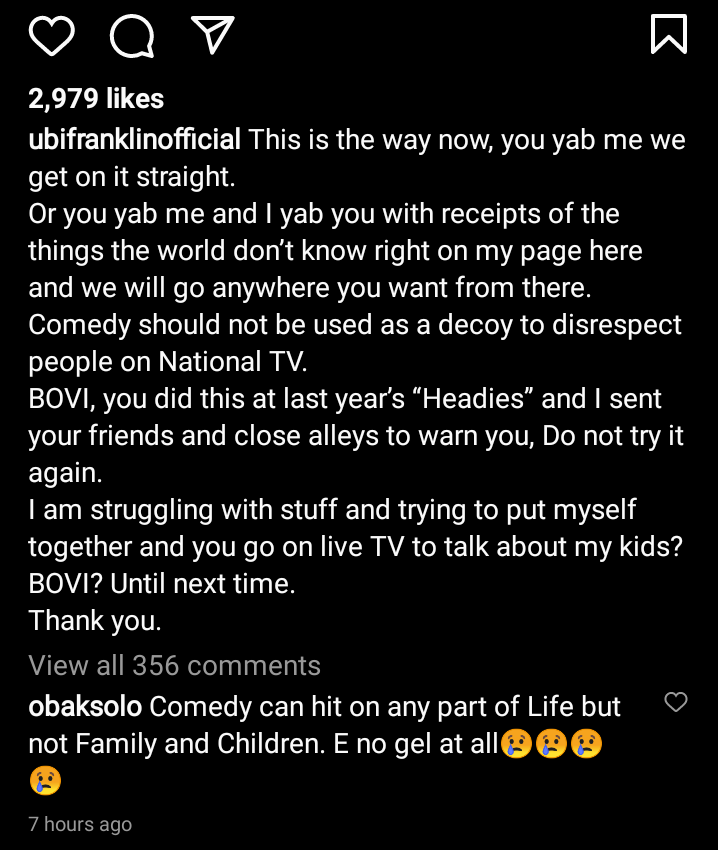