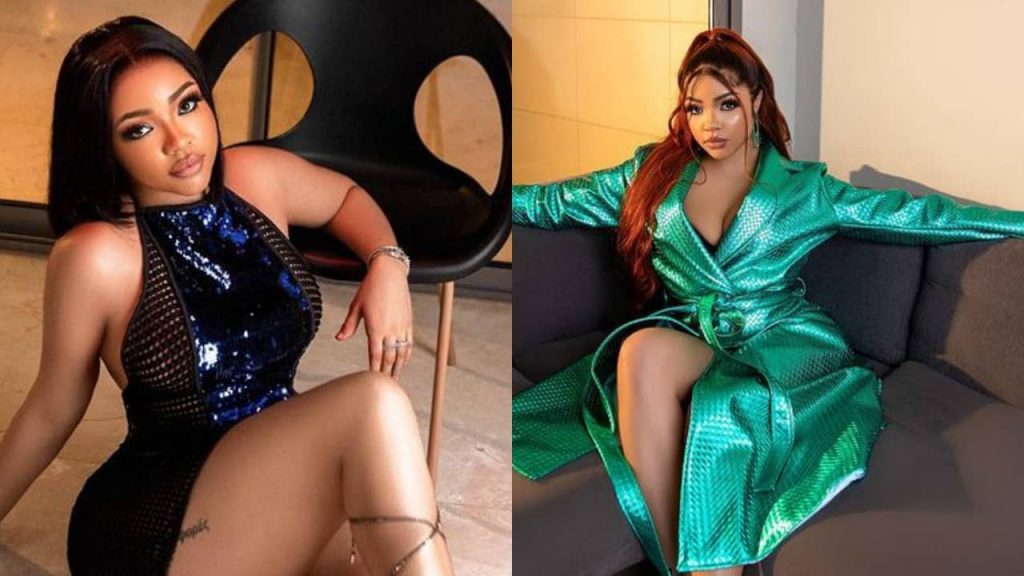 Former Big Brother Naija housemate, Nengi Rebecca Hampson has been called out by fans who have alleged that she’s president Buhari’s adviser.

The tweeps, reacting to a recent statement made by the President, likened him to the reality star, as they claim they both somewhat behave alike.

The tweet read: “Enough is enough. Don’t hurt the next generation for goodness sake – President Buhari to ASUU”

Reacting to this a tweep had stated that the president and Nengi had the common trait of acting indifferent as if they don’t know what’s going on about them.

Another tweep replying the first opined that it could be the reality star advising the president on how to be wicked.

The reality who had found their allegations funny had hilariously claimed the title.

She wrote: “Special Adviser to the President. FRN. That’s my New Title”.