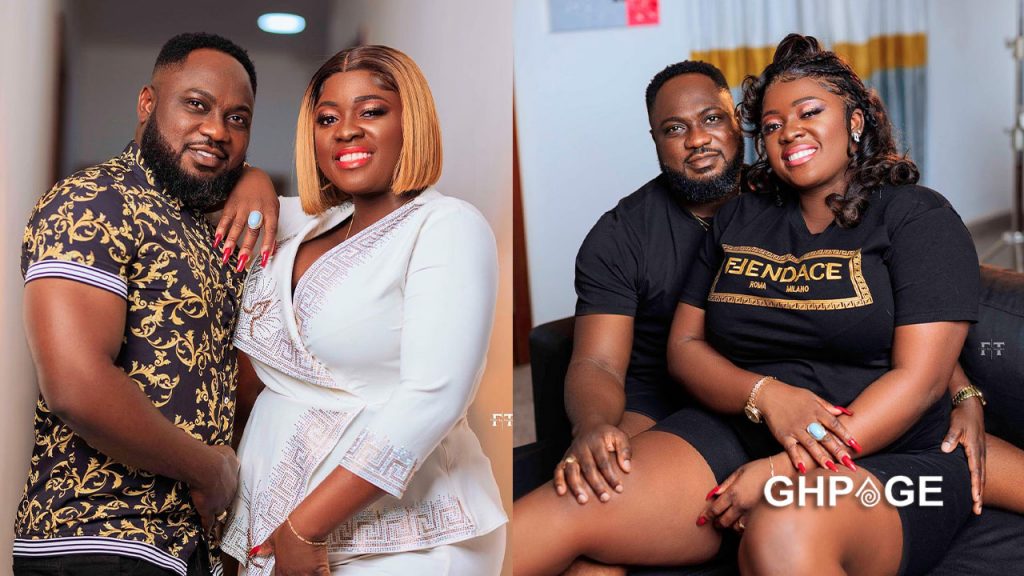 And in less than 24 hours from now, actress Tracey Boakye will be off the market as a single woman as she prepares to walk down the aisle with her heartthrob.

The mother-of-two finally shut down rumours about her wedding with the announcement of her bridal shower that took place in Kumasi on Tuesday night.

After many keeping Ghanaians in the dark for many years, Tracey finally revealed Frank Badu as the father of her children sharing pre-wedding photos on Instagram with romantic headlines.

In affirmation of the announcement, her groom also shared snaps on his Instagram page with the caption: “Thanks for accepting to spend the rest of your life with me YAA, @tracey_boakye I LOVE YOU #francey22“

Before these nice pictures landed on the internet, Tracey gave a hint of who Mr. Right is with the official hashtag for the wedding, ”Francey 2022”. The tag gave fans an idea that her husband’s name starts from ‘Fran’ but they could not tell if it was Francis or Frank.

According to information scattered online, Tracey Boakye’s prince charming is a former Ghanaian actor who lives between Bremen/Hannover in Germany currently.

According to sources, Tracey Bokaye’s husband answers the name Frank Badu Ntiamoah and he’s brother to a popular movie producer in Germany known as Pepe.

Meanwhile, Tracey Boakye has named some big artistes who will be performing at her wedding ceremony this weekend.

Musicians including Kwabena Kwabena, Becca, Ohemaa Mercy, Brother Sammy, Piesie Esther, Obaapa Christy among others are expected to serenade guests at the event.