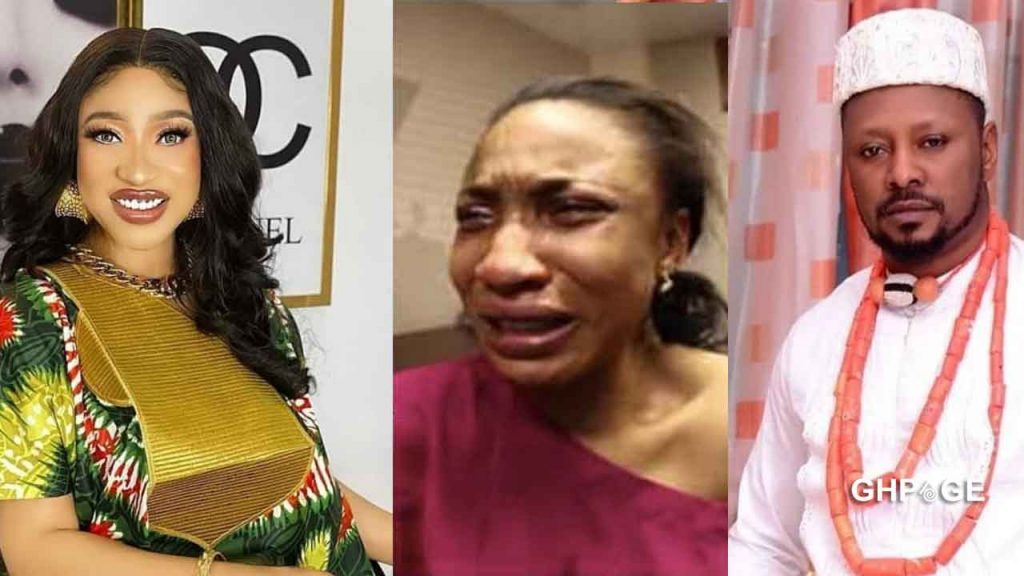 Tonto Dikeh has unleashed a fresh attack on his ex-boyfriend, Prince Kpokpogri, as she describes him as a public dog.

This came on the back of Tonto Dikeh’s recent social media activity where she intimated that she was in the mood after sharing a video of Prince Kpokpogri dancing.

The post supposedly presumed that Tonto Dikeh had reunited with Kpokpogri.

But in sharp contrast, Tonto Dikeh has gone hard on Kpokpogri and rubbished claims of their reunion. According to her, Kpookpogri was a womanizer who went about chasing anything in a skirt. She described him as a public dog who possessed community manhood.

“???? Oga Kpo kpo from morning till night, Abeg between me and you who is the Prostitute?

Name the names of the husbands I have snatched or boyfriends, name a place any blog joined me together with anyone’s husband..

Oo I call you a COMMUNITY PUBLIC DICK BECAUSE THATS WHO YOU!! Plus your mother is the A……

From A mother to a mother.: With Love, you obviously can’t take half the shit you have done to me.

Tonto Dikeh also added that Prince Kpokpogri was a maniac who slept with her blood sister. According to her, Kpokpogri did not have the moral authority to clap back at her.