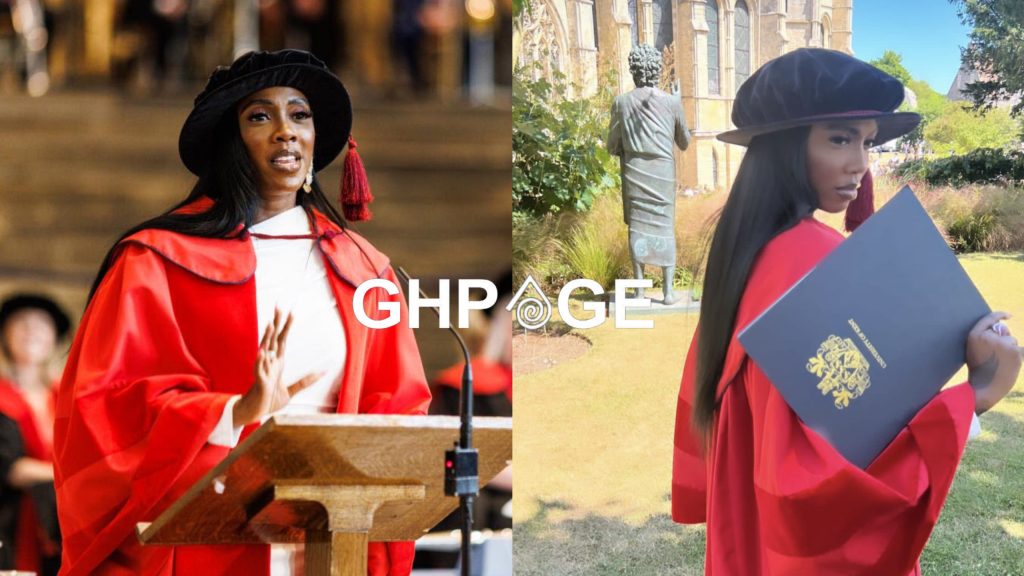 Tiwa Savage is now a “Doctor of Music”, having being conferred with a honorary degree from the University of Kent in Canterbury, England.

The Nigerian singer was on July 15 awarded by her alma mater “in recognition of her inspirational and international career in music.”

The University shared a photo of Tiwa Savage accepting the certificate on Twitter with he caption:

“Congratulations Dr @TiwaSavage!  We’re super proud to have awarded the Queen of Afrobeats an honorary doctorate at Canterbury Cathedral this morning.”

The mother-of-one graduated from the University with a degree in Business Administration.

She was one of 10 individuals who received the honour at the institution’s congregation ceremonies at Canterbury and Rochester cathedrals.

In her acceptance speech, Tiwa Savage said; “I am proud to be receiving this [honorary degree] alongside my fellow honoraries at this great university.”

The event was attended by her son, friends and other family members.

In her message to the school class of 2022, the singer said “I’m super proud and I want you to go out there, have fun and kill it. Be the best you that you can be because you truly deserve it.”