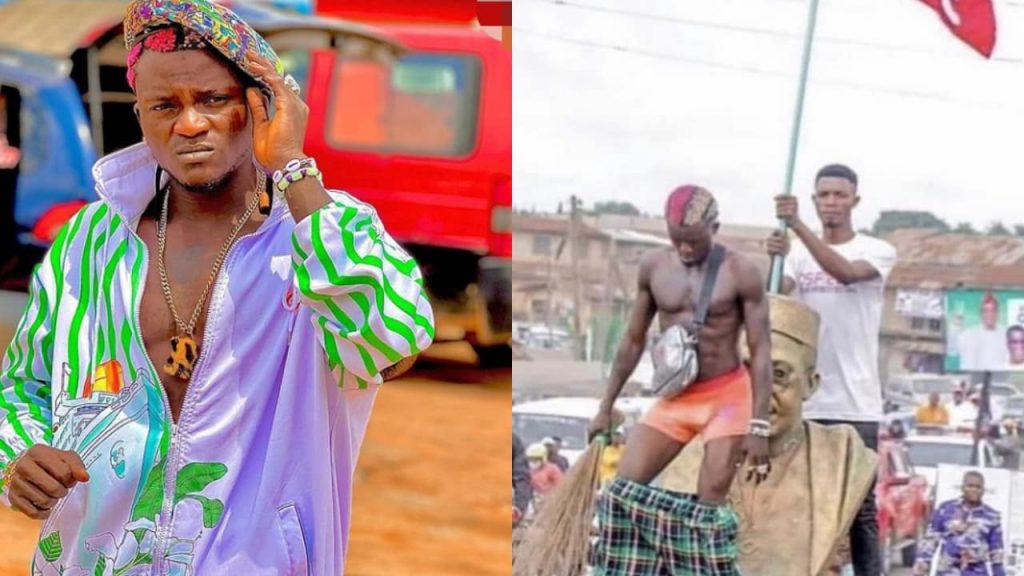 Controversial singer, Habeeb Okikiola aka Portable has been lambasted by cybercitizens for stripping virtually unclad in public.

The fast rising star who has been an object of media frenzy was recently seen in Osun campaigning for the All Progressive Congress (APC).

Portable had declared his support for the party and had endorsed Gboyega Oyetola, who is contesting for a rerun.

In the heat of the moment, the singer stripped down to his boxers before a monument of late first premier of Nigeria, Obafemi Awolowo.

This has stirred reactions from netizens who have rebuked him for his unbecoming public display.

proudly_petite wrote: “all shades of wrong”