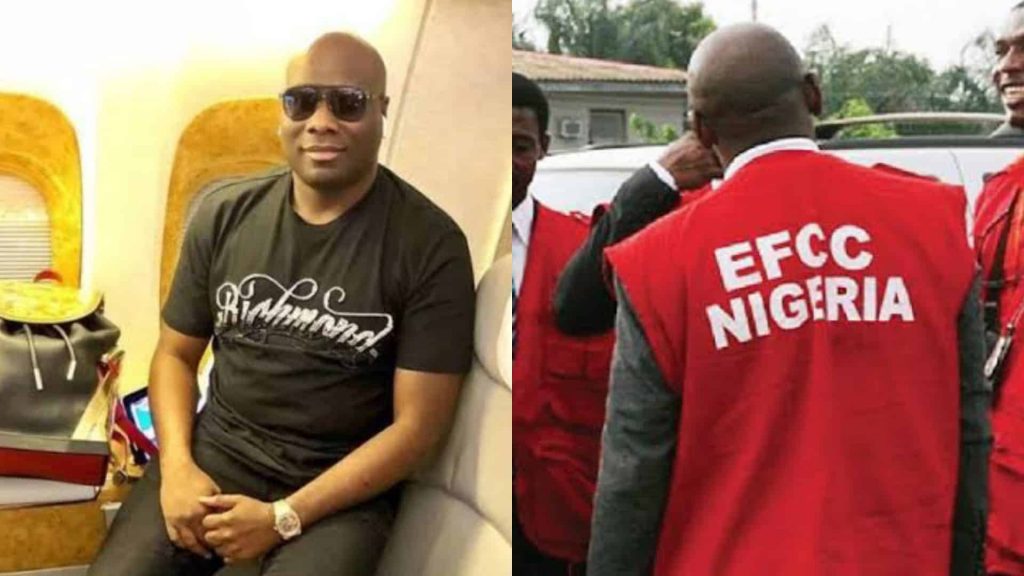 Popular socialite, Mompha has reacted after the Economic and Financial Crimes Commission (EFCC) declared him a wanted person.

The agency took to their Twitter page yesterday, August 3, to declare the Instagram big boy wanted while urging Nigerians who have information about his whereabouts to contact the police.

Reacting to this, Mompha alleged that the anti-graft agency had tried to extort money from him and had already done that to his co-accused, Nappy.

According to Mompha, EFCC had already extorted money, cars and landed property from Nappy but declared him, Mompha, wanted to get ‘cheap publicity’.

The Instagram celebrity maintained that he had committed no crime; all he had done was pay Nappy in the normal course of his Bureau De Change business.