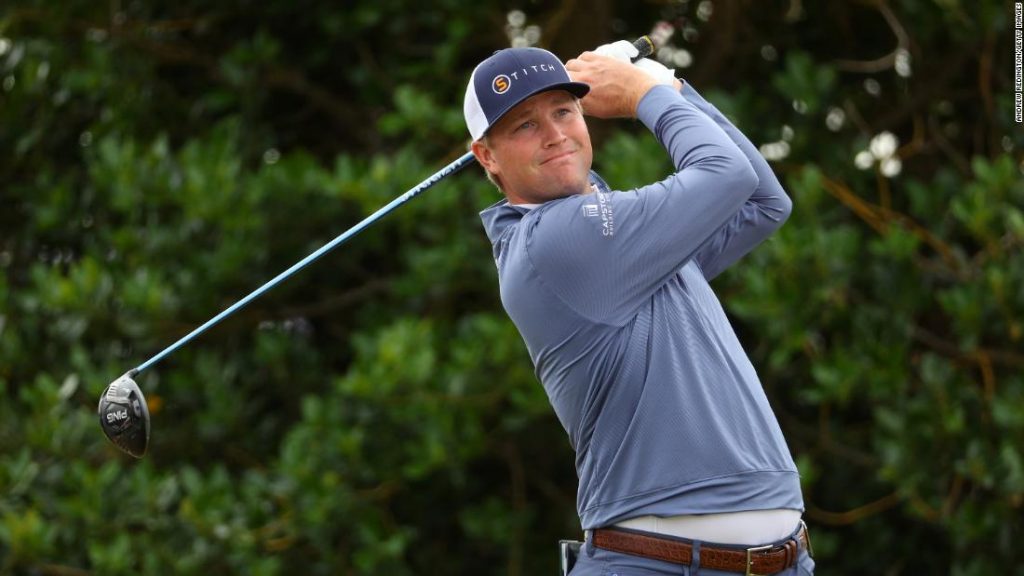 Last Saturday, the 30-year-old was in pursuit of a maiden victory on the PGA Tour in Kentucky. Seven days on — as a newly-crowned Tour winner — he completed an impressive third round at his first Open Championship in St Andrews, Scotland.
A one-shot triumph on Sunday at the Barbasol Championship, co-sanctioned by both the PGA and DP World Tours, stamped Mullinax’s ticket to the ‘home of golf’ for the 150th edition of the major.

So how did he celebrate the news? He flew straight home to get his passport.

Having not foreseen a trip to Scotland any time soon, the Alabama-born golfer raced back to Birmingham to grab the necessary documents, squeezing in three hours of sleep before jetting to JFK Airport in the early hours of Monday morning to board a plane to Edinburgh, via Dublin.

Running on “none to zero” sleep from the previous day, Mullinax rolled into St. Andrews at 8am Tuesday. Just after lunch, he was out on the Old Course at the first tee of his 18-hole practice round to prepare for the start of the tournament Thursday.

“A little bit of a blur,” he summed up his week to reporters Saturday.

“I was actually okay Tuesday. Wednesday and Thursday I was really tired.”

Despite his fatigue, Mullinax carded a solid one-under 71 on the opening day. Three bogeys during his 73-stroke second round nearly cut his Open debut short, but a par at the 18th was enough to see him sneak under the cut line and make it to the weekend.

And before heading out for his third round, Mullinax discovered what he believed to be the cause of some errant putting: bent clubs. On landing in Edinburgh, the American said he had found his clubs out of his bag and resting in his travel case.

“I guess going through TSA or whatever they just took the irons out,” he speculated.

“I actually found out last night that my putter was two degrees off, I knew it looked funny … I was like ‘Man, I don’t know what’s going on.’

“The ball wasn’t rolling like it was in Kentucky and I’m like ‘Surely I didn’t lose it in two days.'”

Sure enough, Mullinax enjoyed a strong third round, rolling in seven birdies en route to carding a six-under 66. It marked a seven stroke improvement on the previous day, though he was narrowly pipped by playing partner Kevin Kisner, who shot 65.

Though slowing through the back nine, his compatriot had made a blistering start Saturday morning, matching Mullinax’s seven birdie tally for the round inside just 10 holes.

“Today was great … I was just trying to keep up with Kis the whole time, he was putting phenomenal,” Mullinax said.

“It became like ‘who could make the most birdies?'”

A tearful Tiger Woods’ rousing reception on the 18th fairway was arguably the defining moment of Friday’s third round, and though played out to a smaller crowd, Mullinax made special memories of his own crossing the Swilcan Bridge later that evening.

“It was a really cool moment,” he said.

“It was getting dark, the sun was getting low. To have that view walking across the bridge, all the memories you’ve seen here, that was really cool for me.”