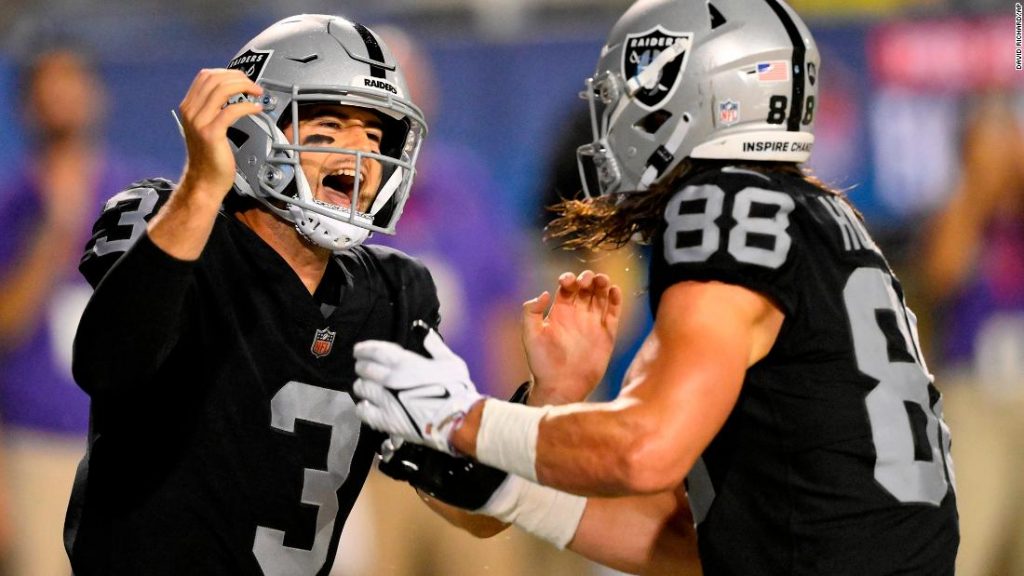 The 2022 season’s preseason began on Thursday with the typical curtain raiser at the Hall of Fame game, signaling the beginning of another season of drama, excitement and the highest level of skill imaginable.

And it was the perfect start to life in a new home for Josh McDaniels, the Las Vegas Raiders’ new head coach who joined in January after a long, trophy-laden spell with the New England Patriots.

It was a homecoming win for Jacksonville native McDaniels, who was returning to the Tom Benson Hall of Fame Stadium where he once played for Canton McKinley High School, patrolling the sidelines he watched his father, Thom McDaniels, coach on for nearly two decades.

“Very grateful that I had (the chance),” McDaniels said afterwards. “It’s the first time I’ve been in this Hall of Fame Game in 22 years. To have an opportunity to do that with him here and my family and plenty of people that helped me along the way, I think it was a special night for them.

“You never know if you’ll get this opportunity again. I really savored it. It was a good opportunity for all of us, and I think we all enjoyed it.”

In a game without most of both teams’ starters — Raiders quarterback Derek Carr and star wide receiver Davante Adams sat out while the Jaguars released a list of 21 players who wouldn’t be playing including second year quarterback, Trevor Lawrence — it was up to the more fringe players to step up.

And like many preseason games without the star players, it wasn’t the most polished affair.

No. 1 overall pick in this year’s draft Travon Walker was called for a roughing-the-passer penalty against Raiders backup quarterback Jarrett Stidham on the very first play from scrimmage. Walker did display why he was picked first though as he picked up a sack later in the game.

There were opportunities for players to flash though, as rookie running-back Zamir White showed, rushing for 52 yards and adding 23 more through the air.

And it was the Raiders’ rushing attack which really tore through the Jaguars defense, finishing the game with 159 yards total rushing and three rushing touchdowns; one each from Stidham, Austin Walter and Ameer Abdullah.

Jaguars running-back Nathan Cottrell scored his team’s only touchdown of the evening, catching a pass from Kyle Sloter in the endzone.

After the game, Pederson praised the effort of his team which was missing many of its starters.

“I thought overall the effort was really good,” Pederson said. “We just have to clean up. There were too many little mistakes.”

He added: “We made sure everybody played in this game. As we move forward, it will be a little more the starters and guys we think will be on the 53(-player roster) as we go.”