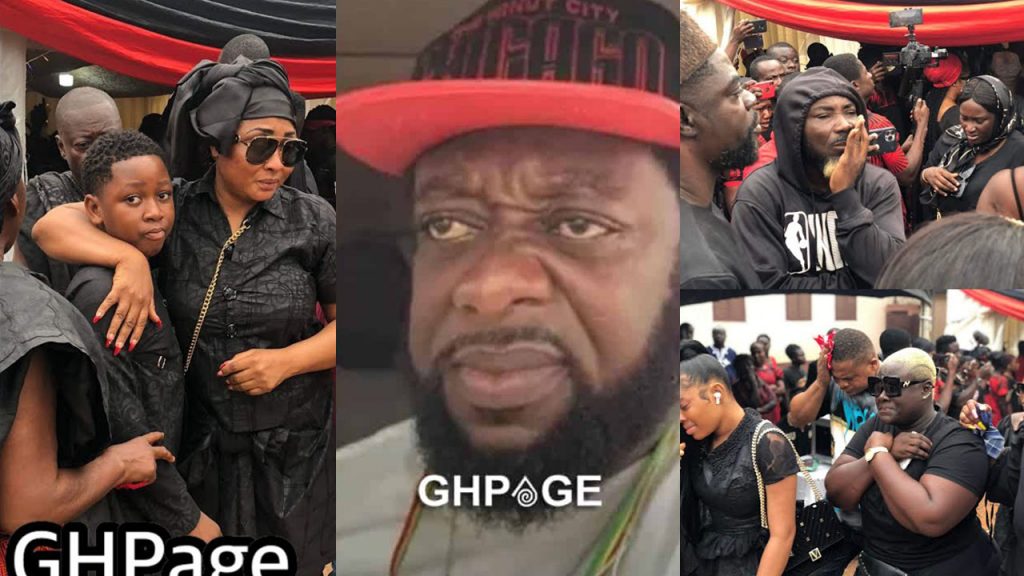 It was an atmosphere of mourning as late Kumawood actor Osei Tutu was laid to rest on Thursday, 28 July, in his hometown of Sakra Wonoo in the Ashanti region.

Tutu died on 17th May 2022, reported after battling a short ailment.

In an exclusive interview with GHPage, Tutu’s mother revealed that nine pins were removed from his throat before he passed away.

READ MORE: Ajagurajah reacts to death of Osei Tutu over juju claims by his mother [Video]

GHPage’s exclusive coverage of the funeral saw some friends, colleagues in the movie industry and sympathizers come out in their numbers to pay their last respect to Tutu.

Some sad scenes were captured at the funeral grounds as Osei Tutu’s mother, wife and children couldn’t contain their tears.

A host of notable movie directors, producers and Kumawood stars including Big Akwes, Afrah, Otele, Wayosi, Nana Yeboah, Oboi Siki among others were also spotted at the funeral

Check out the video below

May his soul rest in peace