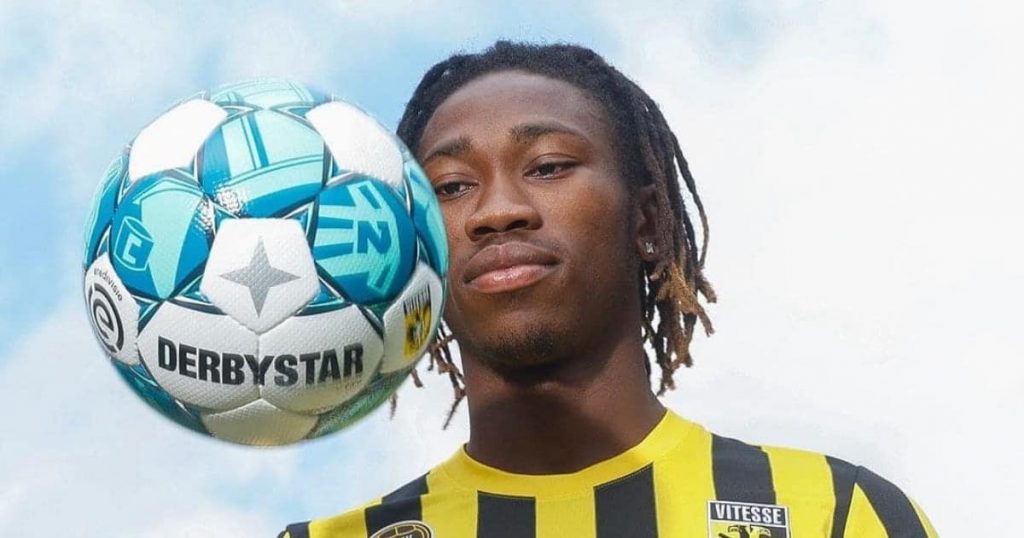 Striker Mohamed Sankoh has signed for Dutch side Vitesse Arnhem on loan for the 2022/23 season.

The 18-year-old joined the VfB youth academy in the summer of 2020, but after spells with the U19 and U23 teams, he made a step up to the first-team squad.

“After four defensive reinforcements, Vitesse has also provided the front line with an impulse. Mohamed Sankoh is rented for one season from Bundesliga club VfB Stuttgart. The eighteen-year-old attacker will immediately join the selection of trainer Thomas Letsch,” the Dutch top flight confirmed.

He recently signed a new deal with VfB Stuttgart until the summer of 2026.

This is Sankoh’s fifth club, his first was KRSV Vredenburch and Sparta Rotterdam. After five Spartan years, the attacker made the crossing to England at the age of almost 16, with Stoke City as his destination.