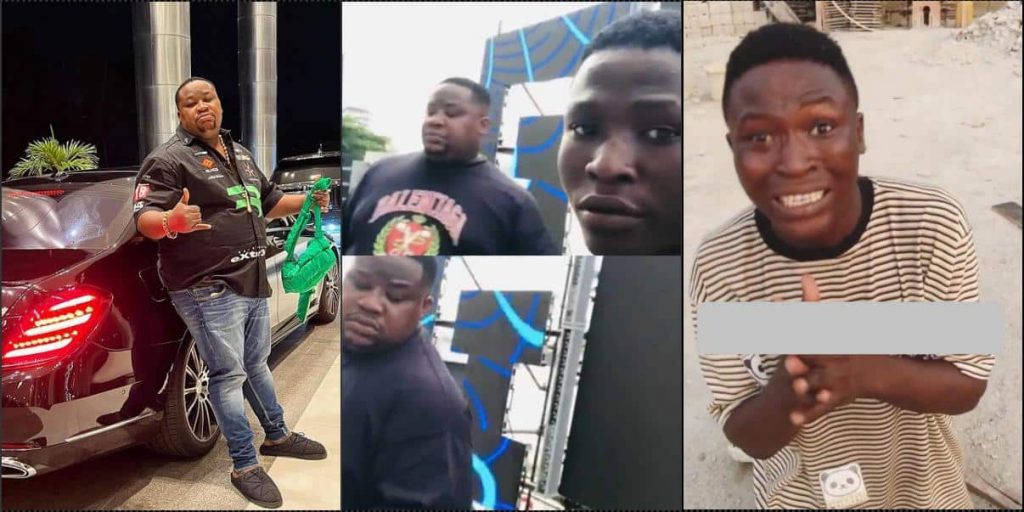 Young man in a viral video with Cubana Chief Priest opens up on the encounter with the celebrity barman following a series of backlash.

It would be recalled that a video made rounds on social media some weeks ago where the socialite snubbed the young man who attempted to take a photo with him.

Many condemned Cubana Chief Priest for being unaccommodating and intentionally damaging the man’s ego.

In a new video, the man in question clears the socialite’s name by confirming that truly he was out of line by not completing his task before trying to take a photo.

“Cubana Chiefpriest is not a Bad person, he was only angry in The video because we had not finished arranging Chairs for his show that day, Please Nigerians you people should stop saying Bad About him, and help My Musical career,” he said.