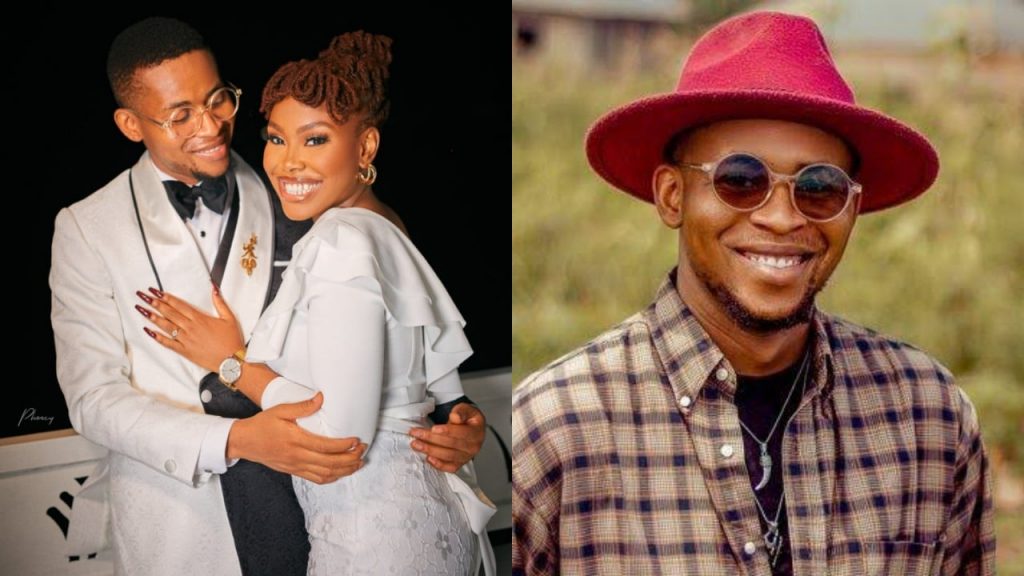 Popular life coach, Solomon Buchi has taken to his social media page to appreciate his critics for dragging him over his controversial message to his fiancée, Arike Adeola.

Recall that days ago, the social commentator had stirred an uproar online after he described his fiancée as not the most beautiful or intelligent woman.

Although that maybe true, netizens have however chastised him for announcing his partner’s shortcomings in public.

Through the whole clamour, Buchi didn’t retract his statement and now has been featured on a popular, intentional news site, E!.

A photo of Buchi and his fiancee could be seen on display with a headline about his controversial message.

Excited by this, Buchi thanked trolls for dragging him and making it possible for him to get the attention of the news site who also used their best photo in their article.

“Thank you for the dragging. At least @enews used one of our favorite photos. ✌🏼 + ❤️”