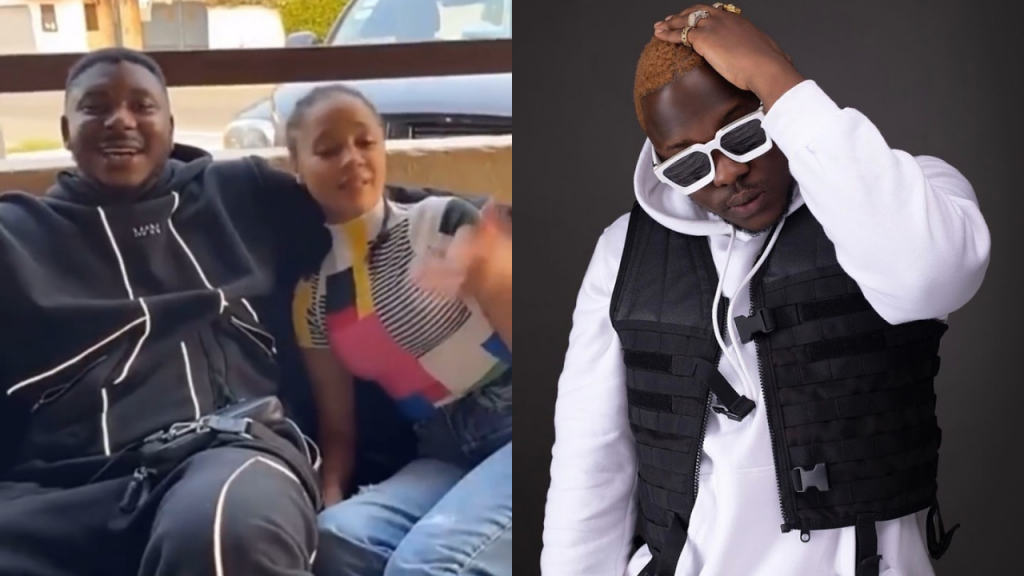 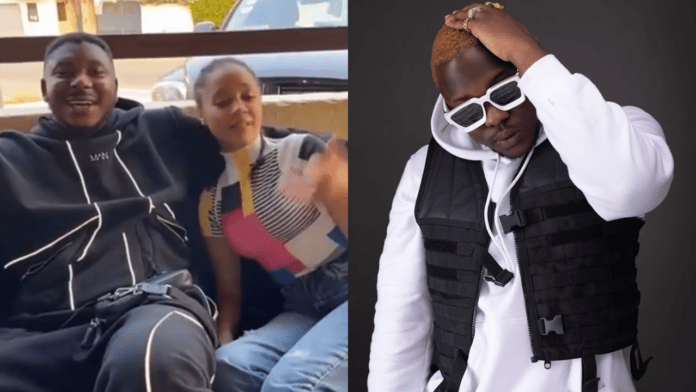 Sister Derby and her boyfriend, David, have been captured in a new trending video subtly making a mockery of Medikal the songstress’ ex-boyfriend.

As we all know, Sister Derby and Medikal are not on good talking terms after the AMG rapper dumped her to marry Fella Makafui.

In this video, Sister Derby and David were both singing her hit song with Medikal dubbed “Too Risky”.

David who was enjoying the lovely moment decided to throw subtle jabs at Medikal in a very amusing way by constantly repeating the rapper’s “Bo me din ma me” phrase.

This is not the first time Sister Derby and David have taken a swipe at Medikal indirectly – It’s clear the female vocalist still can’t believe that she was ditched for Fella Makafui who was a “nobody” by then.

READ ALSO: ‘No more sex, alcohol and smoking till I release my album’ – Medikal vows

Watch the video below to know more..

Below are some of the comments gathered under the trending;

_aferdi.wayo_d – He is teasing sister derby rather not medical

nokturnal_vibe – Everything in this life shouldn’t be about hatred. Medikal mentioned debby his song recently lol. I love her for being free spirited never careless. It is also her song. It is fun to teased. I tease my niqqa with his ex and he does same. And we just burst into laughter.