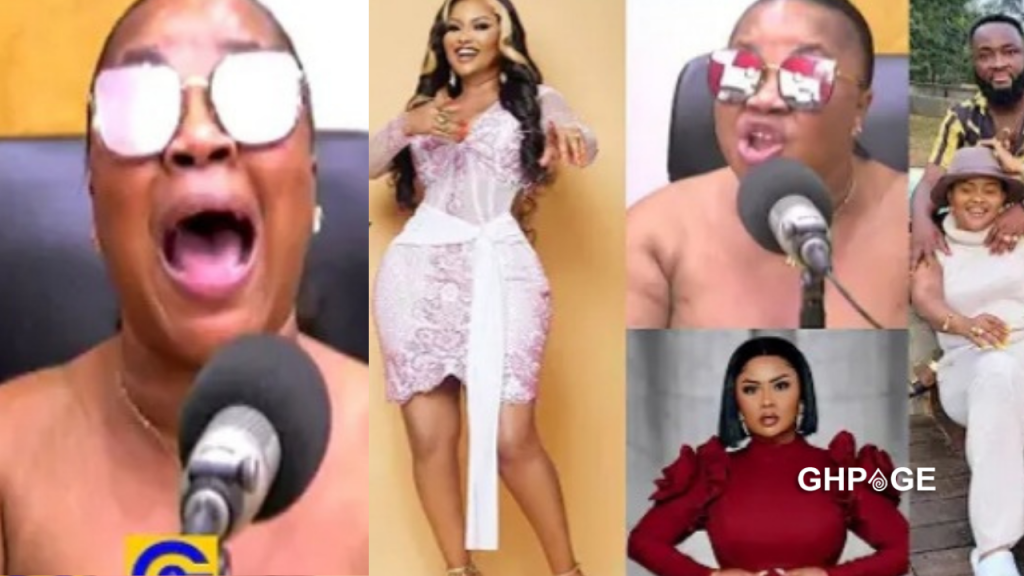 Recall that the last but one edition of UTV’s United Showbiz program was marred by Afia Schwar’s vulgar ambush on Chairman Wontumi.

She also rained other heavy insults on the astute politician and further threatened to do him dirtier in the future since he has sworn to match her boot for boot.

Even one of Wontumi’s employees, Cindy Cash alleged on live TV that the actress has parted ways with UTV earlier last week.

Well, Sally who has worked with Nana Ama Mcbrown before has shared her two cents on the whole brouhaha.

Speaking on POWER FM, Sally boldly alleged that Nana Ama Mcbrown has gone under the knife as earlier purported by critics.

She went on to suggest that Nana Ama Mcbrown has now turned United Showbiz program into a fashion show because she now changes her clothes more than twice before the program ends.

On top of that, Sally also told Nana Ama Mcbrown to be on the watch out because her enemies are now after her and waiting for the right moment to disgrace her and totally tear her down.

Last week during United Showbiz, Afia Schwarzenegger was a guest on the show where they spoke of her alleged affair with the Kumasi NPP Chairman.

In response to remarks made about him on the UTV primetime entertainment program titled “United Showbiz” that aired on Saturday, July 9, 2022, Chairman Wontumi is suing these people and the media network.

Although the exact list of reliefs that Chairman Wontumi is asking the court for in this case is not yet known, we can state with authority that the lawsuit was filed yesterday. READ MORE HERE