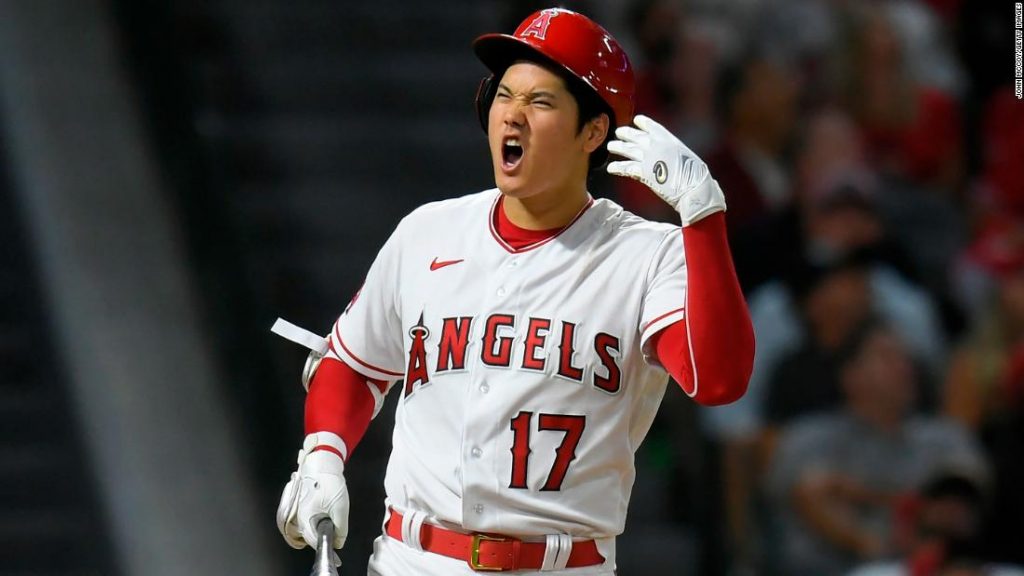 And on Wednesday, a few days after being named an All-Star as both a pitcher and a hitter, Ohtani continued his hot steak — once again making history — this time matching two historic feats.

The two-way Japanese star struck out 12 Houston Astros batters over six innings, also going 2-for-4 with a two-run triple in the second inning, in the Los Angeles Angels’ 7-1 victory at Angel Stadium.

In the process of winning his sixth straight start, he also matched two records set by Hall of Fame pitcher Nolan Ryan.

He also became the first Angels starter to hit a triple since Ryan on June 27, 1972, at Minnesota.

“Obviously, it’s a huge honor to be in the same sentence with someone like Nolan Ryan,” Ohtani said through interpreter Ippei Mizuhara. “But more than strikeouts, I’m looking to put up zeros and shut opponents out.”

Ohtani, the reigning American League MVP, has firmly put himself in the running to reclaim the title this season.

Although he faces some stiff competition from the New York Yankees’ Aaron Judge and the Houston Astros’ Yordan Alvarez, Ohtani’s impact on Angels wins this season has been stark.

Through a combination of his two-way skills, they are on a six-game unbeaten run in Ohtani starts but, in contrast, the team overall has a 12-32 record over recent weeks.

Over those six starts, Ohtani has had an incredible ERA of 0.45, also totaling 58 strikeouts in 39 2/3 innings.

“I’ve said it the last three or four times, but he puts us on his back,” Angels interim manager Phil Nevin said. “He knows what’s in front of him. The last few starts, we’ve lost a couple coming into it and he takes that personally.”
A few days ago, Ohtani was named to his second consecutive All-Star game as both a pitcher and a batter.

Before last year, no player had ever been selected to the All-Star Game as both a position player and a pitcher. Now, he’s done it twice in two years.

His performance on Wednesday came in front of Astros manager Dusty Baker who will manage the American League team for the All-Star Game on Tuesday. Afterwards, Baker was full of praise.

“He’s not just an All-Star, he’s a megastar,” Baker said. “One of the top offensive players and one of the top pitchers. And he’s smart — I can tell the way he plays the game, he’s talented, but he’s smart.”