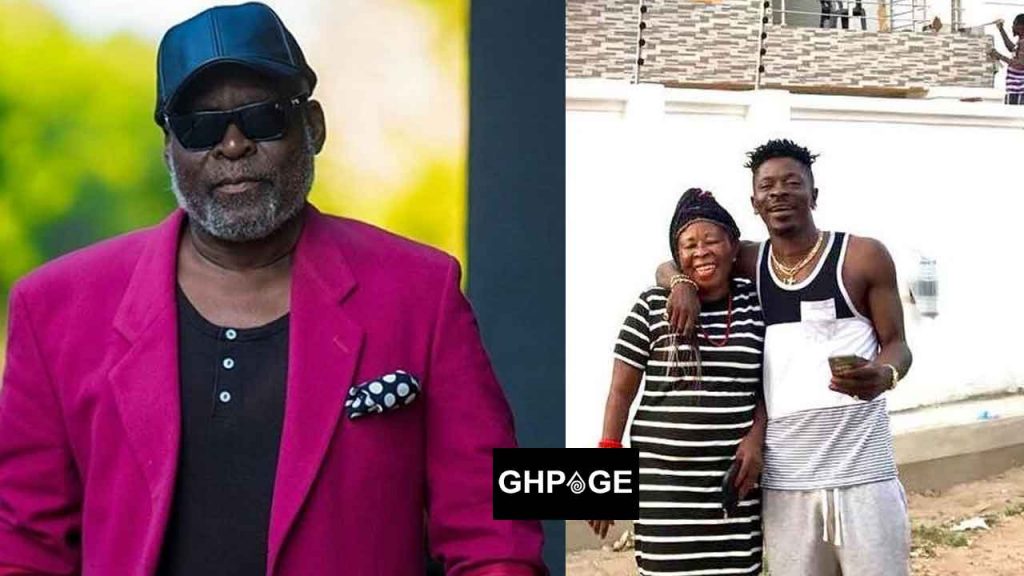 The mother of dancehall artiste Shatta Wale has reacted to viral reports of her amorous relationship with veteran actor Kofi Adjorlolo.

Madam Elsie Avemegah in an interview on Hot FM revealed that she is madly in love with the actor and will soon announce the date for their marriage ceremony.

“We are seriously in love and we will soon come out and announce the date of our marriage”, she reportedly said.

However, entertainment pundit and publicist for Madam Elsie (Shatta Mama) known as Reagan Mends disclosed that the two are bent on settling down.

According to Reagan Mends, he spoke to Shatta Mama who stated that no one can prevent her from marrying the love of her life.

“Yes, ever since the news went viral, people are asking whether Shatta Wale would allow the mother to marry Kofi Adjorlolo. Well, I spoke to her(Shatta Mama) this morning, and she told me that no one can prevent her from marrying anyone of her choice.

She said why would Shatta Wale dictate to her on whom to marry? He can’t prevent her from marrying Adjorlolo because he(Shatta Wale) doesn’t take care of her, he doesn’t even know where she lives so why would he even intrude in her affairs?”, Reagan stated.

This comes after there were reports that renowned film actor Kofi Adjorlolo is planning to marry Shatta Wale’s mother.

Kofi Adjorlolo and Shatta Mama confirmed their love for one another and their readiness to walk down the aisle together during an exclusive interview with Hot FM.