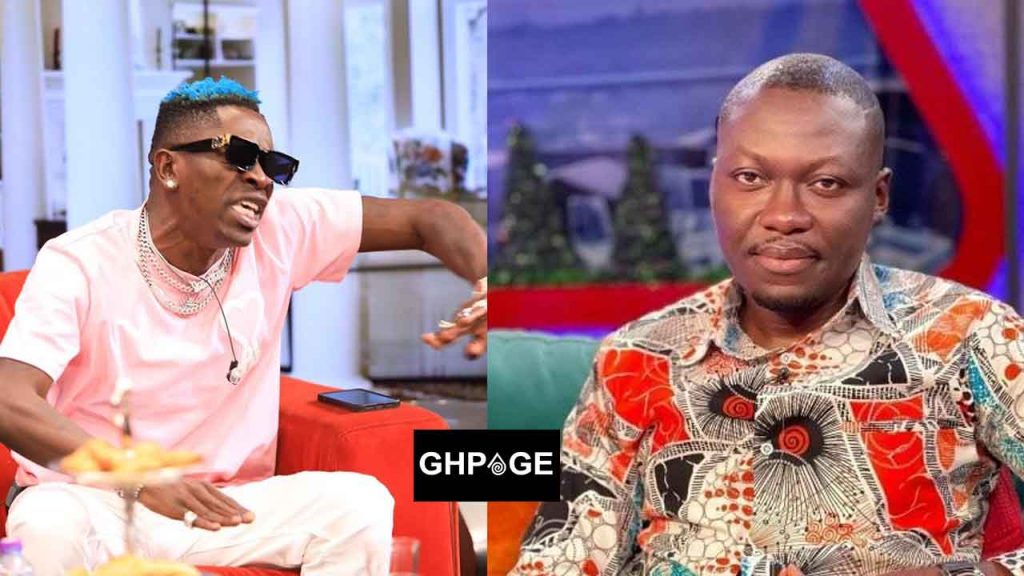 Arnold Asamoah Baidoo has described as “shallow minded” fans of Shatta Wale who perceive his constructive criticism of the dancehall musician as hate.

It would be recalled the two nearly traded punches on United Showbiz after the entertainment pundit labelled the musician as a confused personality over his own contradictory remarks.

Since then, it’s believed there’s a tense relationship between the two personalities with fans of Shatta Wale mostly attacking Arnold on social media for boldly speaking on matters concerning the artiste.

Arnold addressed this during the last episode of United Showbiz on UTV where he cleared the air about his relationship with Shatta Wale.

According to Arnold, he doesn’t despise Shatta Wale as his fans think stating that the musician’s accomplishments in life cannot be compared to his own.

He said: “I am sure when I speak, either Shatta wale or some of his don’t get it so they sieve through my comment and pick what they think is negative.

“Shatta Wale has some discerning fans but some of them are very shallow minded so when I speak they say I hate Shatta Wale and his successful life. Wale is not my level for me to hate him, his level is the likes of Davido and Wizkid,“ he added.

He continued: “When we come here do they pay us for hating someone? So those who say those are very shallow-minded“.

“My relationship with Shatta wale is for life. I am an entertainment journalist and he is an artiste. So far as he continues to produce songs, win awards or misbehave, as a journalist I will talk about him so we are here for the long hall“.