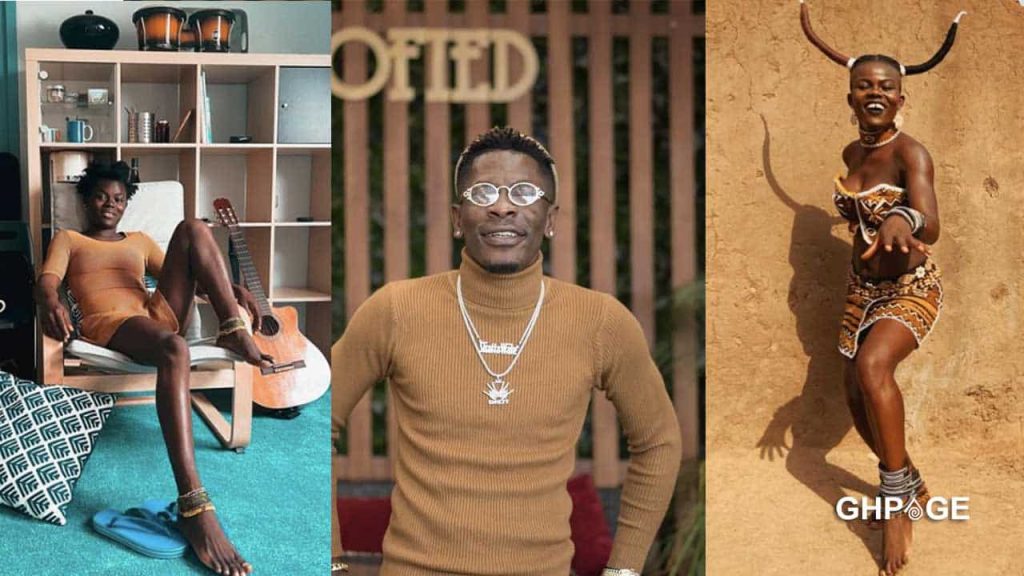 Shatta Wale and his team have called and apologized for allegedly sabotaging Wiyaala at the NYC event last weekend.

Wiyaala last weekend called out her Ghanaian colleague Shatta Wale and his team to explain to her what wrong she has done to them for them to sabotage her at an event to honour the two of them.

According to her, she was supposed to receive her honour on stage with Shatta Wale but things change last minute when she was denied access to the stage.

She mentioned that she was told to wait and Shatta Wale was the only one honoured on stage, later the person who presented the citation to the Dancehall artiste came backstage to present her citation to her to which she refused.

Wiyaala stated emphatically that she doesn’t take any awards backstage. When she quizzed why they decided to honour her backstage when they had told her it was going to be on stage, she was told Shatta Wale and his team were the people who made that demand.

In a new update, Wiyaala has disclosed that Shatta Wale has personally called and apologized for what transpired at the event.

She stated that Shatta Wale in explaining himself mentioned he wasn’t aware of such an incident.

Wiyaala said: “Shatta Wale, my big brother, personally got in contact with me and he explained things to me

“He [Shatta Wale] said he’s sorry that it has happened like that. He was not aware of what was happening. If he had known, I’m sure he would have done something about it. He said he’ll not in any way try to disrespect my craft because he also respects what I do and he sees me as a strong, artistic person with a beautiful craft that he likes and respects,” Wiyaala told her followers.

“So I should let it go and I shouldn’t get angry with him because he never wishes me bad. He has always wished me well. So that is what my brother sent me. In fact, he even gave me heart emoji.”