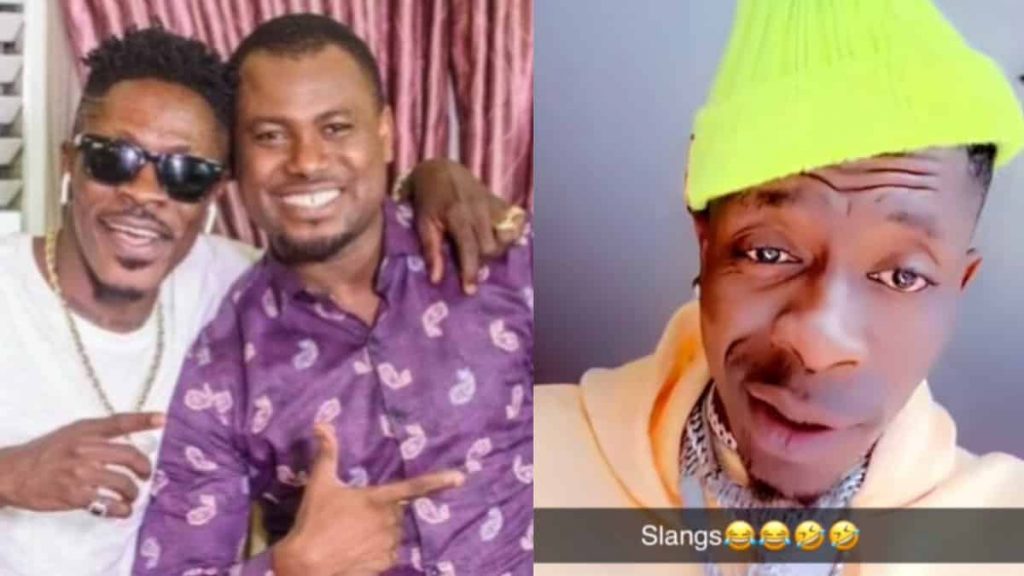 Shatta Wale has turned down Abeiku Santana’s invitation for him to heave hot coals on the heads of the organizers of the Vodafone Ghana Music Awards (VGMA), Charterhouse.

With a slapping reply that confirmed Shatta Wale’s probable cold relationship with Abeiku Santana, the SM President has said he would not have anything to do with that.

Abeiku Santana was making a case for Kofi Kinaata and Fameye for their exclusion from the Artist Of The Year category at this year’s VGMAs.

According to him, Charterhouse was disingenuous with the two artists for excluding them from the list considering the work they had down with the year under review.

“What have they done wrong,” Abeku Santana had asked.

He concluded by stating that he believed Shatta Wale would deal with Charterhouse squarely for deliberately excluding Kofi Kinaata and Famaye from the top category at this year’s VGMAs.

Well, Shatta Wale has turned down the invitation with what could be described as a cheeky yet slapping response.

He has told Abeiku Santana to focus on fighting the Charterhouse alone. Shatta Wale intimated that he was cooling off in the States and not bothered with the nominations of VGMA or whatever.

The invitation to deal with Charterhouse has been turned down by Shatta Wale.