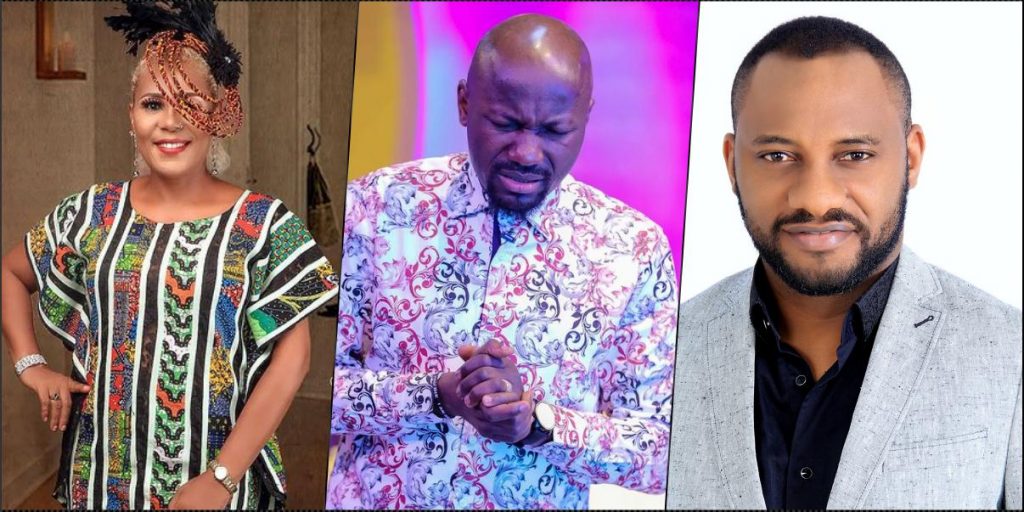 Yul Edochie had indirectly mocked female celebrities in the likes of Shan George, Lilian Bach, Iyabo Ojo, Ruth Kadiri, Mercy Johnson, etc., whose names have one time or other affiliated with Suleman.

Shan George had, however, praised the preacher to be a good man in the heat of the scandal while affirming no sexual relationship together.

Reacting to Yul’s subtle shade, Shan called him names as she restates her relationship status in an Instagram post.