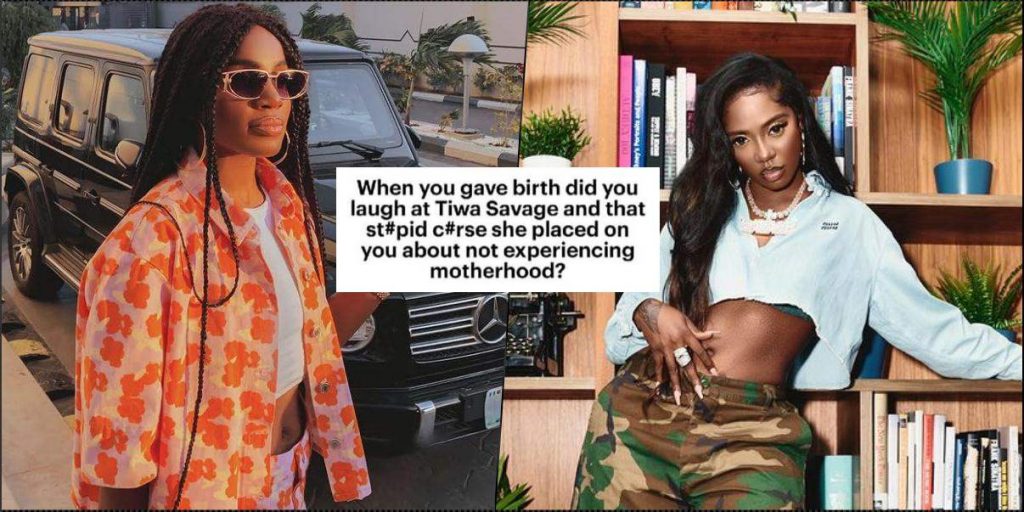 Sometimes in June 2021, the duo created a scene at the saloon where they hauled insults at one another in a viral video.

In the heat of the public tantrums, Tiwa Savage swore that her only son, Jamil, should die if she ever wished Seyi bad.

In a recent question and answer session on Instagram, a curious fan awoke the issue following the birth of Seyi’s first child.

“When you gave birth did you laugh at Tiwa Savage and that stupid curse she placed on you about not experiencing motherhood?” the fan asked.

Responding to the question, Seyi Shay wrote, “The devil is a liar. Whose report will you believe? I believe the word of the most high God. God is faithful.

I did not laugh, I bowed in reverence to oluwa. Never forget when he says ‘yes’ nobody can say no.”