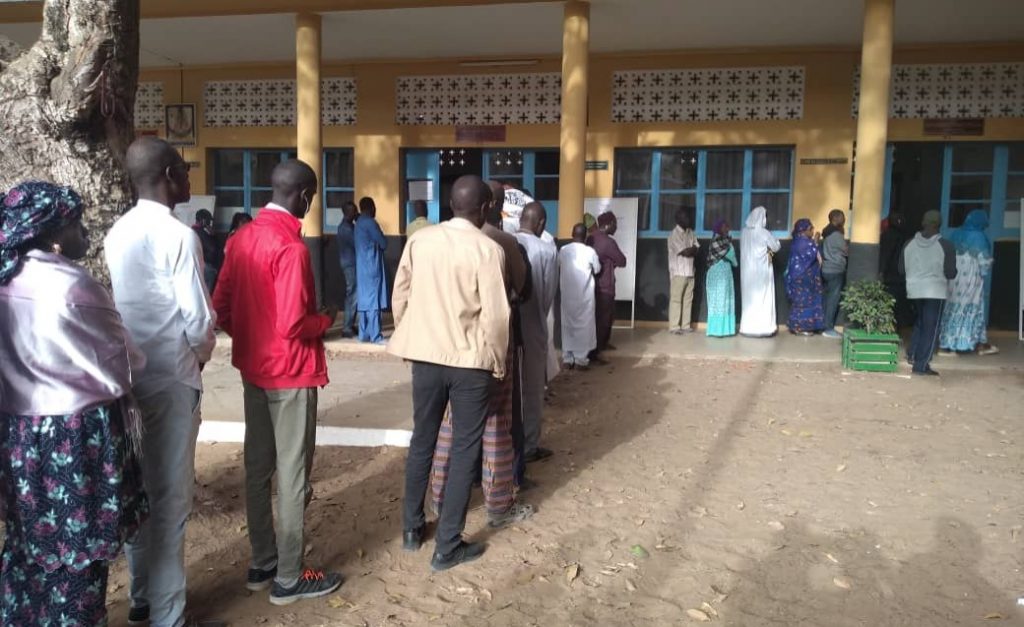 The results challenge the claims made by the ruling coalition on Monday that it had won an “unquestionable majority.”

It is the first time since the historically stable West African country’s independence in 1960 that the ruling party’s camp has lost that majority and will have to rely on other forces in parliament to pass legislation.

The BBY has maintained a slim majority over the 80 seats that went to opposition coalition Yewwi Askane (56) and their allies Wallu Senegal (24).

Three other seats were won by three small coalitions, who could serve as kingmakers.

The opposition had previously warned that President Sall could be aiming to use his majority to change the rules to allow him to run for a third term in 2024.

Sall’s failure to rule out running for an extra term has sparked fears for the West African country’s democratic stability.

The opposition has also accused the president of abusing his power to clear the race of opponents.

The arrest of the main opposition leader Ousmane Sonko last year on rape charges led to mass protests. Sall denied that the arrest was politically motivated.

The opposition parties were also forced to run a list of obscure candidates after their first list, which included Sonko, was thrown out on “technical grounds.”

In a region where several countries have seen their elected leaders overthrown by coups in recent years, Senegal had been considered a bastion of political stability.