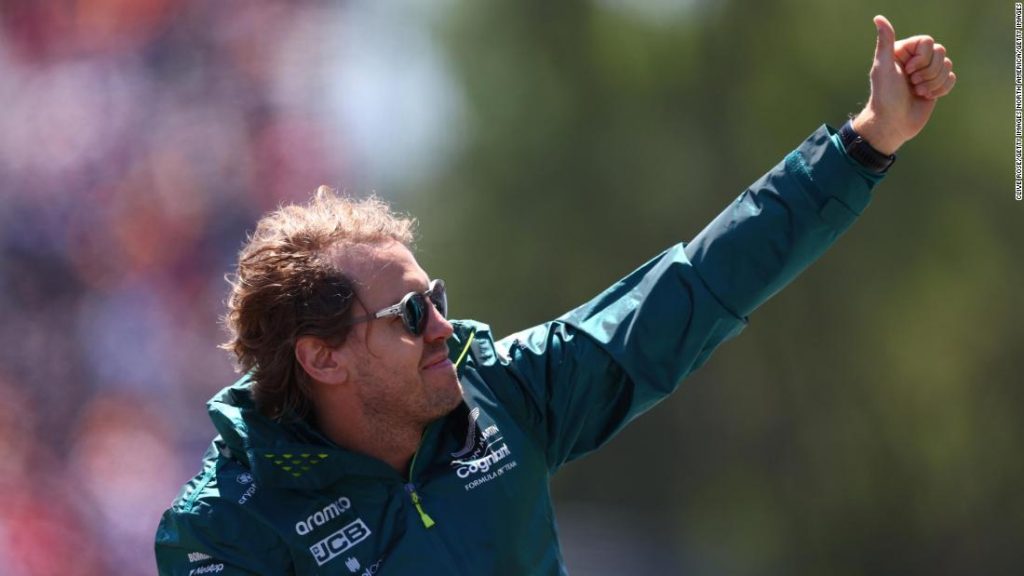 Vettel, who won all of his championship titles with Red Bull between 2010 and 2013, is among the sport’s most successful drivers having recorded 53 race wins and 122 podiums over the course of his 15-year career.

Only Lewis Hamilton and Michael Schumacher have claimed more wins than the 35-year-old German, currently in his second year racing for Aston Martin after a six-year stint with Ferrari.

“The decision to retire has been a difficult one for me to take, and I have spent a lot of time thinking about it,” Vettel said.

“At the end of the year, I want to take some more time to reflect on what I will focus on next. It is very clear to me that, being a father, I want to spend more time with my family.

“But today is not about saying goodbye. Rather, it is about saying thank you — to everyone — not least to the fans, without whose passionate support Formula 1 could not exist.”

READ: Lewis Hamilton says he lost ‘around three kilos’ during French GP due to drinks bottle issue
Seven-time F1 champion Hamilton took to Twitter to honor Vettel: “Seb, it’s been an honour to call you a competitor and an ever greater honour to call you my friend. Leaving this sport better than you found it is always the goal. I have no doubt that whatever comes next for you will be exciting, meaningful, and rewarding. Love you, man.”

After winning four straight titles with Red Bull, Vettel switched to Ferrari ahead of the 2015 season.

However, a fifth championship continued to elude him as he twice finished second behind Hamilton in the driver standings.

With Aston Martin, he has finished on the podium just once, placing second at the 2021 Azerbaijan Grand Prix.

“I have had the privilege of working with many fantastic people in Formula 1 over the past 15 years, there are far too many to mention and thank,” said Vettel.

“Over the past two years, I have been an Aston Martin driver, and although our results have not been as good as we had hoped, it is very clear to me that everything is being put together that a team needs to race at the very highest level for years to come.”

Lawrence Stroll, the executive chairman of Aston Martin, added: “I want to thank Sebastian from the bottom of my heart for the great work that he has done for Aston Martin … over the past year and a half.

“We made it clear to him that we wanted him to continue with us next year, but in the end, he has done what he feels is right for himself and his family, and of course, we respect that.”

READ: Max Verstappen wins French Grand Prix after devastated Charles Leclerc crashes out with ‘unacceptable’ mistake
In a post on Instagram, Vettel said he hoped to be able to spend more time with his family after retirement, but did not give any specific indication of what form his life after F1 might take.

His final race at the Abu Dhabi Grand Prix in November is set to be the 300th of his career — a landmark only six other drivers have reached.