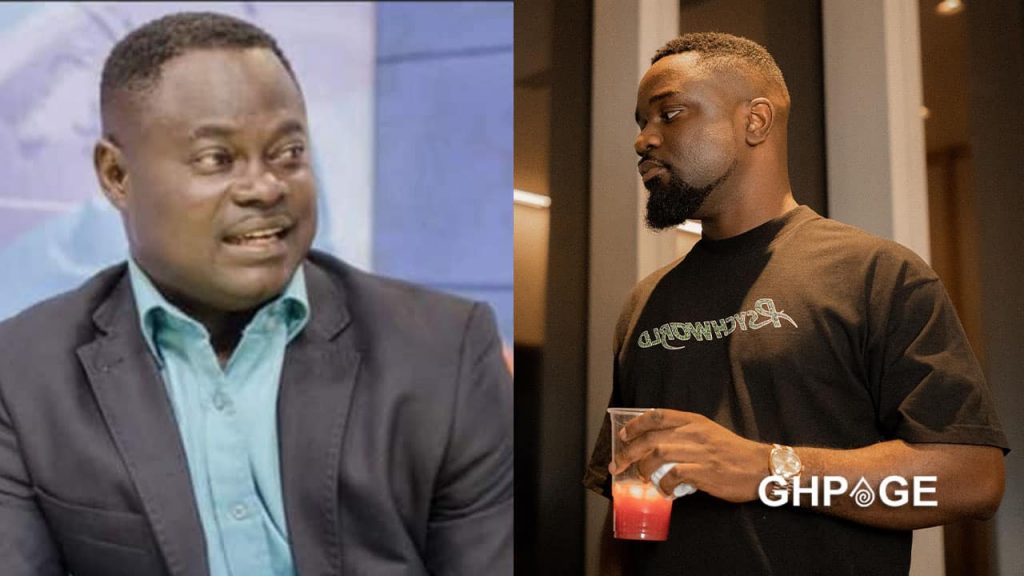 Rapper Sarkodie says he can’t wait to read the chronicles of the marital life of Nii Odartey Lamptey who has been through a grim divorce battle with his ex-wife since 2013.

The former Black Stars striker finally heaved a sigh of relief on Monday, March 4, 2022, after a court upheld a ruling ordering Gloria Adjoa Appiah to vacate her ex-husband’s 7-bedroom house in East Legon after their divorce was finalised in 2017.

She had filed three appeals in 2017, 2020 and 2021 to overturn previous rulings to resist the footballer from forcefully ejecting her from the apartment, but all were unsuccessful.

Sarkodie, who appears to be keeping tabs on everything Odartey had been through, took to Twitter to laud the father-of-three for his reliance and hard-won battle after 9 years.

Sarkodie says he plans to buy a copy of the book titled ‘Nii Lamptey – The Curse of Pele’ which was published in Odartey’s honour in Holland.

The book, titled ‘Nii Lamptey – The Curse of Pele,’ traces Odartey’s climb to fame and showcases his football career.

The relationship between Odartey Lamptey and Gloria Appiah hit the rocks in 2013 after DNA results revealed that he was not the biological father of his three children after 20 years of marriage.

Gloria Appiah blamed her infidelity on her husband’s inability to father a child after a DNA test revealed that all three children did not belong to him.

In 2017, the Accra High Court directed Miss Appiah to leave her ex-husband’s 7-bed room apartment at East Legon after the divorce was finalised. However, Odartey Lamptey was instructed to settle her with a 4-bedroom house at Dome, two cars and Ghc 200,000 in cash.

Gloria Appiah was not satisfied with this judgement and filed an appeal against the ruling. She wanted the Court to also grant her ownership of Odartey’s seven-bedroom house.

However, the Court, in 2020, dismissed her appeal. Unsatisfied with the ruling, Madam Appiah filed another appeal at the Court of Appeal but that did not change the judgment.