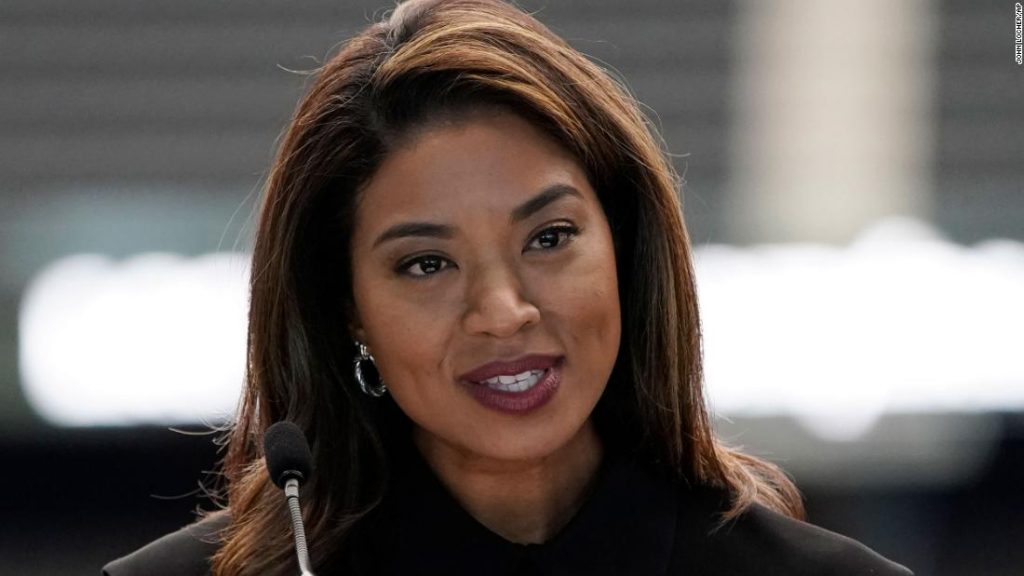 In a news conference at Allegiant Stadium in Las Vegas announcing the hiring, Morgan was asked what it meant for her to make league history.

“I have been the first in other positions that I’ve held whether it be city attorney or Gaming Control board,” Morgan said. “I definitely never want to be the last and I want to get to the point obviously where there is no more firsts…I would tip my hat to all of the … prior women that were leaders and visionaries, if I could be an inspiration or help or open doors for any other women or girl out there then that’s an incredible accomplishment for me.

“The importance and effect of it is not lost on me. I know that sports is a male-dominated industry, just as gaming was, and we need to continue to break down these barriers.”

“From the moment I met Sandra, I knew she was a force to be reckoned with,” he said in a news release. “We are extremely lucky to have her at the helm.”

CNN has reached out to the NFL for comment.

The Las Vegas Review-Journal obtained a letter to people in the organization that announced the hire.

“I am thrilled to join you as we embark on one of the most exciting times in the history of our organization,” the Review-Journal quoted Morgan as saying in the letter. “I look forward to meeting each of you in person over the coming weeks.”

In May, Davis fired then-team president Dan Ventrelle and did not provide a reason for his termination.

However, in a statement sent via text message to the Review-Journal, Ventrelle said he was fired as retaliation for informing the league of alleged complaints claiming Davis created a hostile work environment as well as other potential misconduct, which he says Davis dismissed. When asked at the time by the Review-Journal about Ventrelle’s allegations, Davis said he was aware of them and wouldn’t comment. The NFL said it would review the allegations.

Within the past year, Raiders head coach Jon Gruden resigned after reports emerged of him using homophobic, racist and misogynistic language in emails while he worked as an ESPN analyst. He apologized, saying he “never meant to hurt anyone.”

“Let me be clear — I am not here to avoid or sidestep problems or concerns that need to be addressed,” the Review-Journal quoted her as writing. “I’ve given long and thoughtful consideration to joining you, and I’ve done so because I believe in the promise of the Raiders. Most importantly, I believe in your core values of integrity, community, and commitment to excellence. I will expect you to embody those and to hold me accountable to doing the same.”

Jason Wright, hired in 2020 by the Washington Commanders, was the NFL’s first Black team president. Earlier this year, the Baltimore Ravens hired Sashi Brown as their president.

Morgan is a former Nevada Gaming Control Board chairwoman, appointed in 2019. She was the first Black woman to hold that role as well.