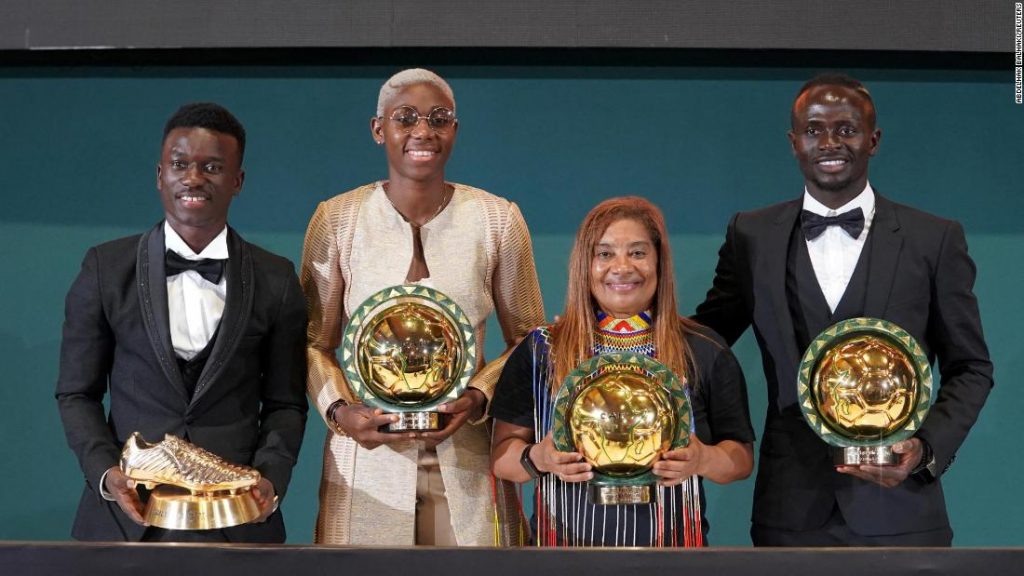 Mané struck the decisive spot-kick in a tense shootout as Senegal won its first ever Africa Cup of Nations in the final against Egypt.

Having missed a penalty early on in the game, Mané thumped the ball past goalkeeper Mohamed Abou Gabal to give his team a 4-2 win on penalties — securing Senegal’s first ever continental championship against the seven-time winner of the tournament.

The 30-year-old forward, who last month signed a three-year contract with Bayern Munich, last won the accolade in 2019 when he was with Liverpool.

She was forced to miss this year’s Women’s Africa Cup of Nations due to an injury.

Earlier this year, she became the first African woman to win the Pichichi Award, which is given to the top scorer in the Spanish league.

This year’s Women’s National Team of the Year will be announced after Saturday’s TotalEnergies Women’s Africa Cup of Nations final between host Morocco and South Africa.