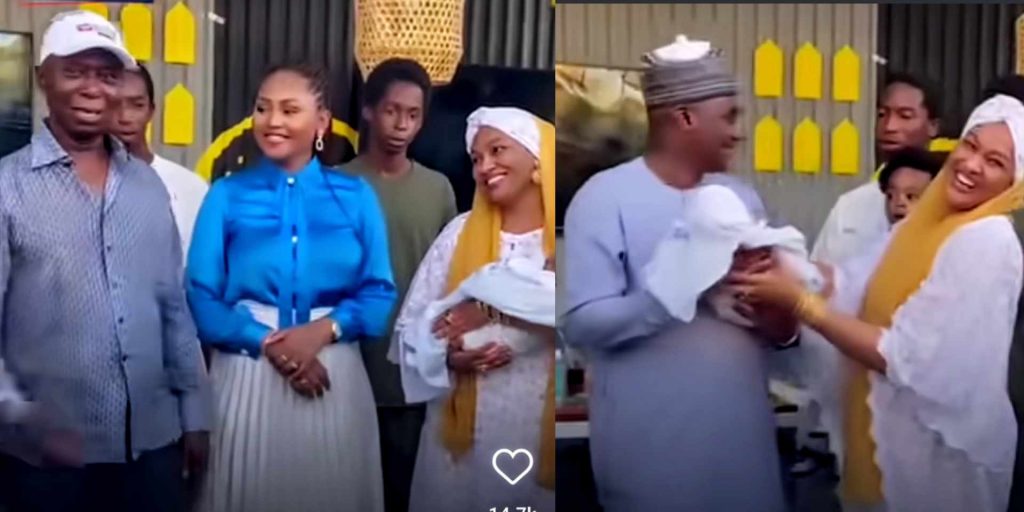 Recall that they had welcomed the birth of the new child on June 29: the day that doubled as the second birthday of their first child together.

Both Daniels and Nwoko made their son’s birth known via their Instagram pages with dazzling pictures.

Weeks later, the mother of two shared a video from the naming ceremony of the new child today.

Captioning the video, she wrote: “The gathering of family and friends for the naming of our new born baby Prince Khalifa Chimka Nwaorah Ned Nwoko.”