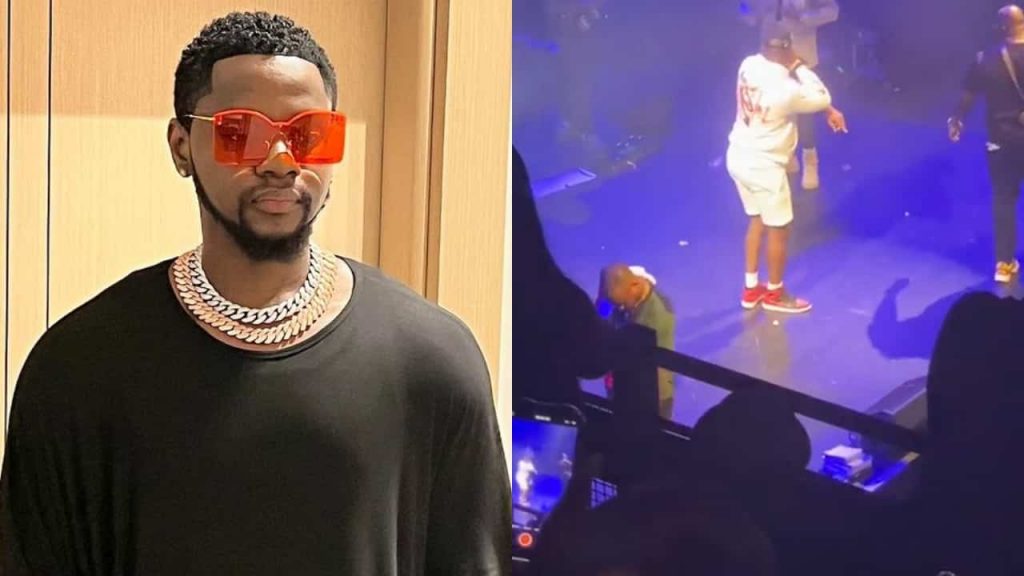 Popular singer and songwriter, Kizz Daniel has been called out by angry fans after he kept them waiting for four hours at his concert.

Apparently, the singer was meant to be at a concert in the United States and had decided to ghost his fans for over four hours.

The angry fans who got tired of waiting could be seen in the viral video booing while they asked for refund.

According to fans present at the event, the show took place on Thursday, 7th July 2022, Kizz Daniels who is on a music tour in ten cities in the US was four hours late for the concert – much to the displeasure of his fans.

He had only performed for a few minutes and according to reports, never explained why he had arrived late.

@KizzDaniel are you not ashamed????????!? Had ppl waiting for 4 hours because of Buga… pic.twitter.com/hNfgrxSnVy